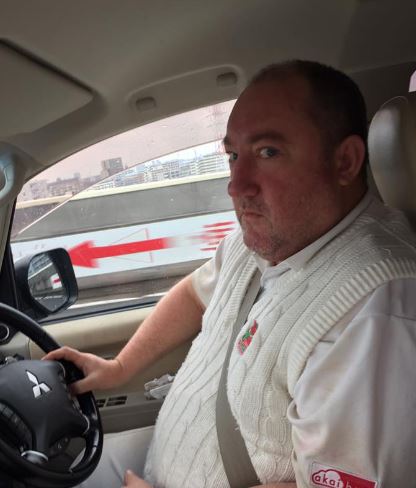 After a journey up the Tohoku Expressway from Chiba, upon reaching the traditional rendezvous point of Tatebayashi station at 9:30 on a Saturday morning the Sharks are usually greeted by an electronic clock reading somewhere in the vicinity of 38 degrees. On this particular occasion, for some reason, the number 3 had gone missing and a solitary 8 was all that was displayed. Most Sharks prefer warmth and these ones certainly considered heading straight back to Chiba but old man Thurgate, driver of the Shark-mobile, insisted they plow on to the mole sanctuary more commonly referred to as Sano 1.

It was a rather different looking Sharks XI to the team that rampaged its way to the top of last year’s division 1 table before faltering in the semi final. Thurgate the elder was joined by his son Marcus, fresh off the plane from national team duties in Australia. Tomizawa and Matsumura were on hand to provide pace and comic relief, while young off-spinner Kavin Jinasena had been selected to inject some variation with the ball. The wiry duo of Higashimoto and Asala looked set to provide some backbone to the middle order. The rest of the Sharks were made up of grizzled veterans who probably won’t be appearing in the next “Sharks of all Seasons” calendar. 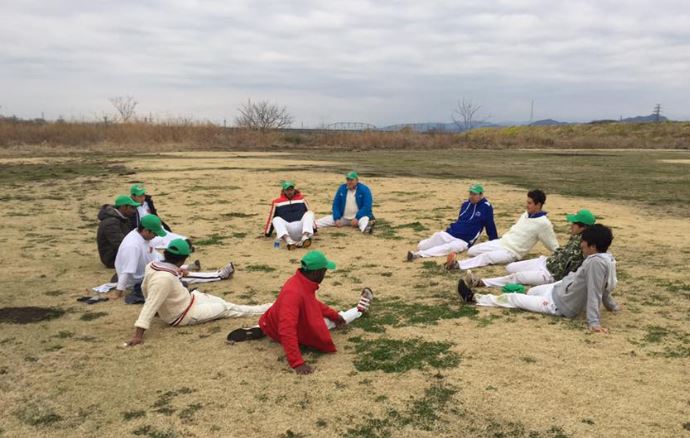 Captain Bedingfield lost the toss but the new boys to JCL, the brilliantly named Alpha Quashers Yokohama, were gracious enough to let the Sharks bat first anyway. The skipper joined forces with Dave Lollback and the two set about putting on a textbook display of “scratching around”, so much so that a couple of moles were spotted emerging from their holes and applauding the work of the Aussie duo from the outfield. The Alpha opening bowlers were causing all sorts of problems but Bedingfield eventually got going with a miscued swipe that ended up in the jungle while Lollback somewhat more elegantly took Singh for two straight boundaries in succession.

The pair put on 84 for the first wicket. Not the prettiest partnership, but a platform nonetheless. When Lollback was knocked over for 32, the younger Thurgate departed soon after. Pavethy joined the skipper to steady the ship and the two looked comfortable without being overly threatening. When both were dismissed in quick succession the game hung in the balance. Not for long though, as Yosuke Higashimoto strode to the crease with the sole intention of wreaking havoc.

Young Higapon never takes long to get going and this particular situation suited the dashing middle order batsman perfectly. The Sharks blasted 72 runs off the final seven overs, Higashimoto doing most of the damage with a whirlwind 52 off just 24 balls, including three massive sixes. He was ably supported by cameos from Sumon and young Tomizawa doing a great impression of a labrador.

224/6 was the final score but would it be enough against a gang of Yokohama Alphas desperate to Quash some Sharks?

Little more than five overs in the answer to the question was an emphatic ‘yes!’. Matsumura found the edge of Alpha opener Nilesh, safely caught in the expanding midriff of the elder Thurgate at second slip. A wicket maiden to begin proceedings, if you don’t mind. Time to unleash Tomizawa. The young Japan international steamed in and trapped Jayakumar in front before unleashing a barrage of short balls which were a bit too hot to handle for Pededa and Rangasamy, who popped up catches, the second of which was smartly taken by the younger Thurgate down the leg side.

At four-for-not-many the Quashers looked like they were done and dusted but the left handed Dhaka decided to mount some rear-guard action, launching into a couple of Jinasena’s offerings. However, a timely wicket to veteran Lollback, tidily caught by Asala at mid off, halted the charge. When Higashimoto swooped in to run out Dhaka on the stroke of drinks the game had effectively been killed as a contest.

It’s fair to say that the sting went out of the match after drinks as the Sharks took the foot off the gas. Pavethy proved that there is still a place for deceptively slow medium pace in the JCL by finishing with the impressive figures of 3/10 off 7.3 and Marcus Thurgate managed to bowl the longest debut over in JCL history while the Sharks probed for a bonus point.

A 40 run last wicket partnership earned some respectability for the boys from Yokohama, in the process denying the Sharks the extra point, but in the end it was the Sharks day, the Chiba team prevailing by 84 runs. By this stage the temperature had dropped to about five degrees and resident sports scientist Higashimoto’s call for a post-match “warm-down” fell on deaf ears.

Plenty of round 1 positives for the Sharks, most notably, the performance of the younger Japanese players. The 1st XI face reigning premiers Max in round 2, both teams going into the fixture with a bit of early season form. Stay tuned.