Wyverns have always proved difficult to beat for the sharks and could be considered a JCL underachiever considering the players that they have in their side. The first leg this year was a rather hard fought game with the sharks recovering from 5/45 to post 230 thanks to 59 from Yosuke and 49 from Asala, then Wyverns falling in a heap to be all out for 160. But that was then and this is now.

This game boasted a load of Japanese players with Tommy, Muneeb, Rui, Takuma, Marcus, Takady and Yosuke for the sharks with Captain Dhugal at the Tiller.

The Sharks didn’t get off to the best of starts with Wyverns electing to bat when the coin landed.

Bowling:
It proved a tough start for the sharks with Wyverns Okoshi and Kano playing strokes from the get go. An early breakthrough nearly came when short leg Paul had a tough run out opportunity go begging by literally millimeters after a reflex backhand nearly had Okoshi short of his ground.

But the eventual breakthrough came when Okoshi holed out to Yosuke from the bowling of Tommy with the score on 25. This brought perhaps two of the strongest batsmen in the Wyverns side together, but if you ask me Buddika should stick to batting in the sunhat as his helmeted look made him bat fairly roughly.

The two put on another 20 to the score when Raheel Kano was surprised by a shorter delivery from Grant who took his wicket with a fairly well judged catch to Takuma (correction needed for crichq). A few drop catches later Buddika finally holed out to Muneeb off Dhugal for 19 off 39; a rather uncharacteristic innings but solid nonetheless. This brought Koji ‘my biceps are frighteningly huge and you should fear them’ Iwasaki to the crease to join his skipper in building a solid total.

Tomoko Ohta batted sensibly and patiently turning the strike over regularly. While George ‘the Animal’ Steele, I mean Iwasaki took it right up to the bowlers by charging down the track, swinging as hard as he could, missing and then bursting into laughter, showed little regard for his wicket. He did get on to a few and did contribute 18 but was caught out charging one too many times and top edged it to Marcus from the bowling of Grant. (Just one of the many sideshow features of Japanese cricket)

Yamada joined Ohta and contributed 12 to a partnership of 20 with his skipper but too was caught by Muneeb from the bowling of Dhugal. Wickets were coming regularly, but so were the runs and when Newport Digman star Yoshi Uehara came to the crease the score was beginning to get into dangerous territory. Although Ohta didn’t last much longer after Iwasaki departed he did contribute a fine 50 for his side to ensure that the contest would be hard fought until the end of the day.

Some late hitting came from Satoshi Nakano which got the score over the 200 mark, remarkably similar to the corresponding fixture in the 2015 season.

The wickets were fairly spread around with Dhugal claiming 3/22 from 7 with a maiden, Paul chipping in with 2/32 from 6 and singles to Rui, Tommy and Muneeb.

Batting:
Dhugal and Paul started where they’d left off at the top of the order and started with a blaze getting to 53 from the first seven overs, the pair’s third 50+ opening partnership in a row and fourth over 45 at one and two. Some could be forgiven for thinking that Dhugal had a plane to catch.

But with Paul only contributing five to the score it all went wrong when he snicked off to slip. Marcus joined Dhugal at three and stood tall against the short bowling of Buddika. Not taking a backward step Marcus sent the ball to the boundary five times on his way to 21 from 12 balls but he too went when the score was on 84 when he hit a catch to Okoshi who made no mistake. 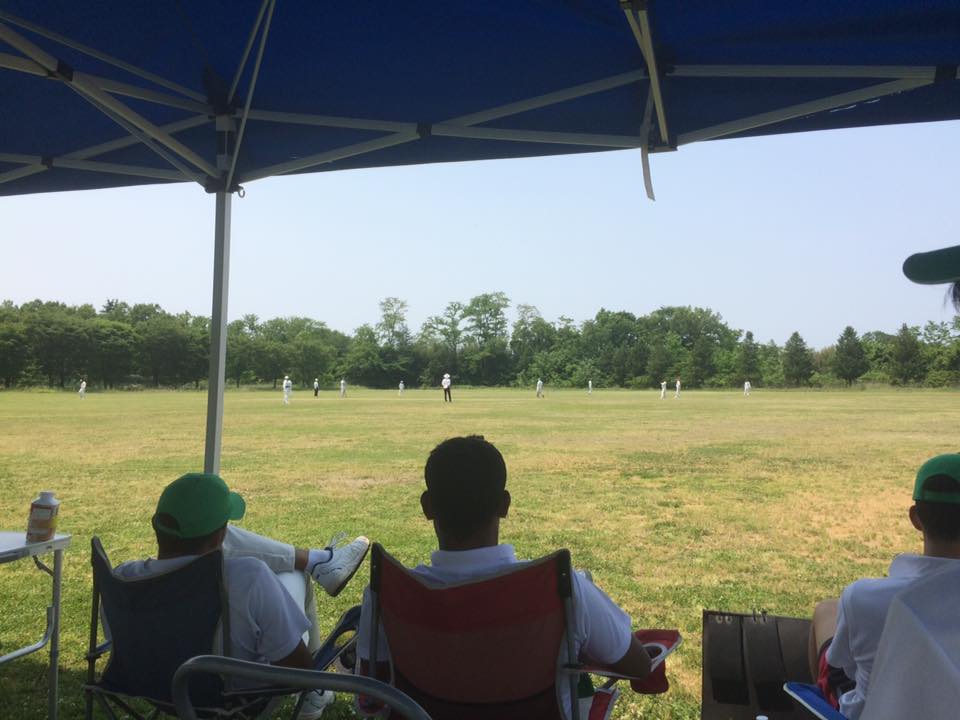 Determined not to let the wickets stop him, Dhugal brought up his second consecutive 50 and was looking good for a second century of the season but was trapped in front by Kano for a well-made 63. With 100 still to get, it was up to the middle order to avoid a collapse and get the Sharks across the line. Pave compiled a well-made 24 but losing the wickets of Yosuke and Asala in fairly quick time it became decisively difficult at 6/116, needing another 90. Pave played as patiently as he could, but he could not keep the wolves from taking his wicket and at 6/136 he was dismissed by Kano who had just completed his spell of 8 overs 5/28.

Muneeb would not be deterred though and was determined to make the Wyverns work very hard and as he battled hard for a tough 19 he found himself an equally rugged partner in Tommy. When the two got the score past 150 the sharks were hoping to still knock off the remaining 50 to win the game. But sadly for the Sharks, Muneeb edged through to Uehara who ate the catch as if it were a big nikuman.

It would be the Sharks second defeat of the season, but it was a well fought affair with the two sides fairly evenly matched throughout the season but today it was Wyverns reversing the earlier fixture.

One can only think that with Wyverns only using just four bowlers, what would have happened if the Sharks had shown a bit more patience and seen the main bowlers off, how would the sharks have gone against the part timers? It could have been a different outcome. But we will never know.

Notable mentions with the bat were….Dhugal continuing his great season with another 63 to add to his 76 and 100, Pave with 24 well-made middle order runs, Marcus, an emphatic statement to one of the competition’s seasoned pace bowlers 21 from 12 and Muneeb with a very well made and resilient 19.

If there is one thing the Sharks can take from this game, is that the young up and coming players had very good games with Takuma and Rui showing promising signs. Good signs for the future of the Chiba Sharks and more broadly the Japan Cricket Association.