Sharks Go Down In Season Opener

The season opener for the Sharks saw plenty of new faces with as many as five of them being handed their debut caps, the brand-new sky-blue look of the Sharks.

A rusty start to the Sharks’ Japan Cup campaign, even though Mookhi with 68 and debutant Atiq with 34 powered them to 143/4, but a new-look bowling attack couldn’t stop the Rising Stars from reaching the target in the 18th over of the game. 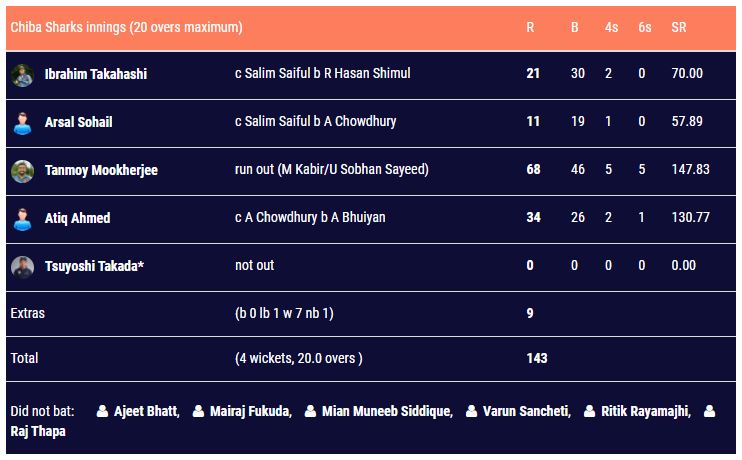 Mookhi’s highest score for the Sharks yet. Atiq’s impressive debut with both bat and ball. Ibby and Muneeb strong with the ball.

A third-wicket partnership that wasn’t broken until the final over of the innings, as Mookhi and Atiq combined to take 106 in a little over 10 overs. Old warhorse Varun marked a heroic return with the ball, sending the stumps on a rollercoaster akin to Tokyo’s amusement parks in the 6th over.

Dr Wheatgrass Play of the Day

Mookhi’s first half-ton for the Sharks.