JCL2 –Chiba Sharks vs Paddy Foley’s
Sano 1, 23rd Apr 2017 – By Kris Bayne
The Chiba Sharks’ talent stocks were stretched to the max today with the Sharks fielding two separate teams, one in the JCL Div. 2 and one in East Kanto Japan Cup, and many other members were involved in other Japan Cup teams. That we could actually do it says a lot for club depth.

Up in Sano, the twos took on the might (as in we don’t know who we might face) of Paddy Foley’s 2nd XI at ‘Mole Club Med’, a.k.a Sano 1. Leading the Sharks side today was Sankar, who had the full metal jacket backing of Anton, Gaurav, Tel, KB, Chris Molloy, Mairaj, Limo, Rubal and two debutants, Rakib (Rubal’s brother a.k.a R Khan) and Jay (back on a cricket pitch after 12 years in the wilderness!). The sky was blue, the field green, with dinner plate-sized mole freckles.

Sankar promptly lost the toss and we were put in by a very new-look PF, one that had lost a force of nature in Uddika and gained a Tiger in Chetak.

Sankar saddled up as usual to open and was joined by Mr. Most Improved 2016, Anton. The two faced some old foes in Thilan and Dinesh. The start was cautious with some plays, dramas and farces, but they reaped the reward of wides and the occasional boundary, Anton opening his account with a cheese-cake slice over, let’s call it point, and Sankar also with a trademark crash through mid-on. After 6 overs we were looking good at 0-21 with the main bowlers ending their spell…….when things went a little shaky.

Actually the innings went seismic as six overs of no wickets was followed by four ‘tremorltuous’ overs that saw 5 wickets, then another six of calm, followed by aftershocks. First to depart was Sankar (6), rather needlessly run out really, going for a second run. Chris Molloy showed a flash of his old form immediately, caressing a single forward of point but nibbled one behind on that score, 2-22. 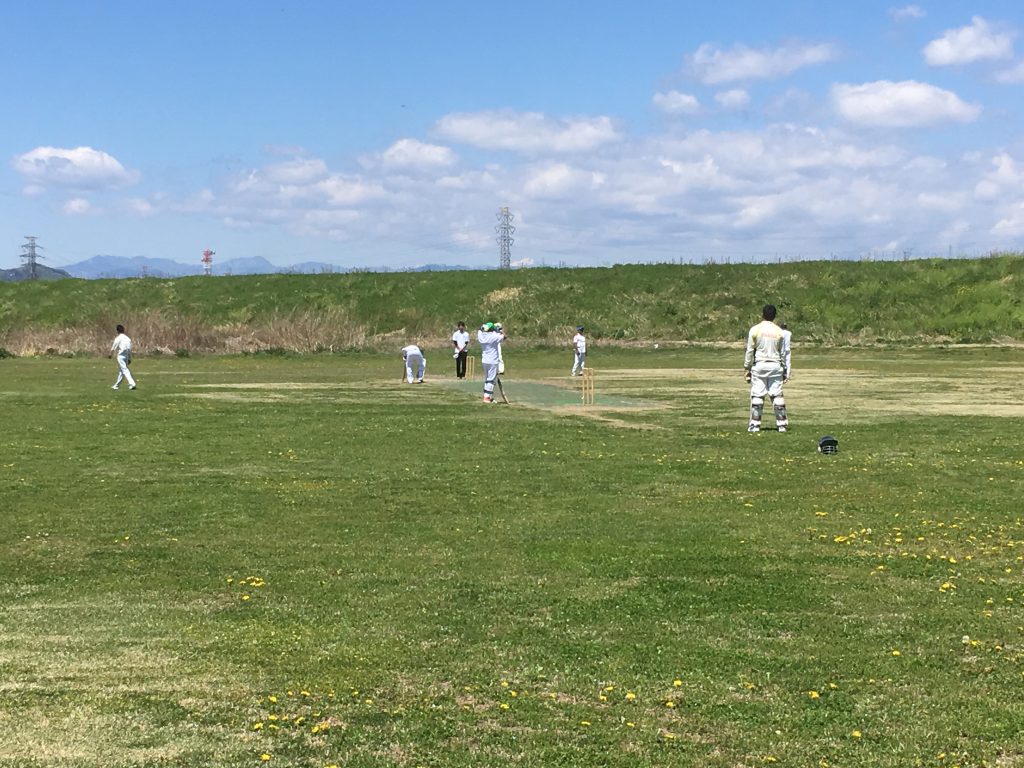 Limo entered and did an instant u-turn, unproud owner of his first-ever ‘golden’. At 3-22 in his lament throes, Anton (7) then skied one to mid-off and suddenly we were 4-24 off 9 overs. Gaurav was joined by Rakib. The latter looked promising, lifting a nice boundary, but he gave the ‘keeper another gift and by 10 overs we had slid to 5-28. KB, grumpy enough at watching 5 for 7 but with a nasty cold to go with it, muttered something darkly about Goths and stormed off to join Gaurav.

For the next five overs the two held the fort, KB getting bat, body and bloody-mindedness behind ball while Gaurav carved them all over the shop. He launched a 6 and a couple of 4s around the ground and the pair enjoyed the wides and took singles and twos off the bat and body parts to push the score up to 5-56 at drinks. They were completely untroubled, having seen off the last overs of the openers, and looked forward to the straight up-and-down of the next lot. On return one more was added before the vision of a rush of runs saw Gaurav (19) pick out cover. 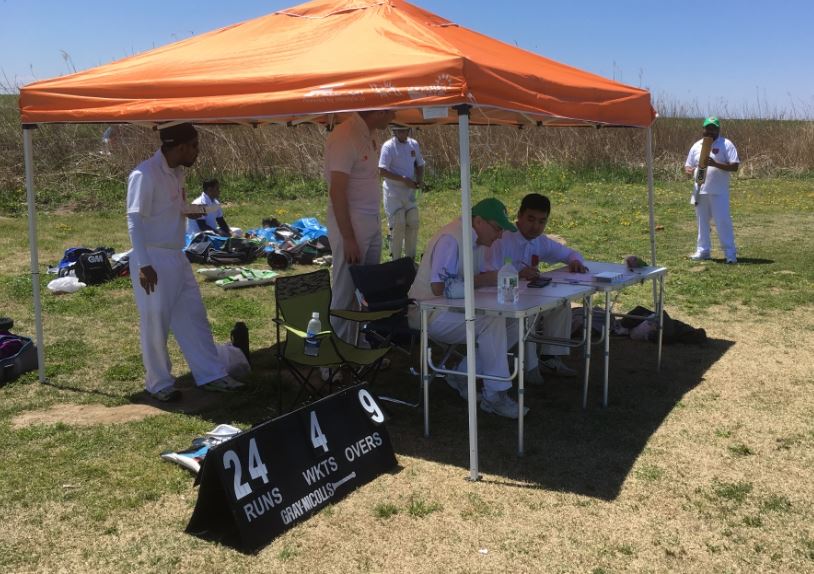 Tel joined KB and the old firm restored a bit of calm again. With 25 overs to play with they dropped anchor and while the score moved about as fast as they did, they showed grit. KB (5) had kept out a lot and was livid when a full toss was delivered to long on. 7-65. Mairaj added one. 8-66 and it looked like an early trip home in the making. But Tel and Rubal had other ideas. Terry found his favourite boundary at fine leg a couple of times. After having a uncharacteristically long look at the bowling, Rubal also got into the act. We had hopes of three figures but that ended rather quickly at 82. Jay remained untroubled on 0.

It was a case of what could have been. If we had seen off the two main bowlers we might have been able to post a defendable score. We lost a lot of firepower too early. Sano 1 is probably the smallest ground of all and 82 was not going to be easy to defend. 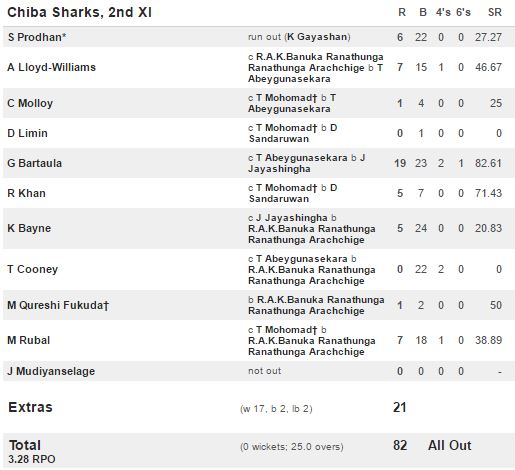 (please note – there are errors in the scorecard > Tel made more than 0!)

Bowling
In total it took 12 overs.

Gaurav opened along with a surprise move in the shape of big turning leggie, Chris Molloy. Far too quickly the PF left-right combo went for the jugular. The lefty took to Chris’ and in a flash they were a quarter of the way there. Gaurav bowled well without luck in his four overs.

Sankar soon tossed the ball to debutant, Rakib, who had the big swinging lefty sky one straight up for Limo in the gloves to accept. 1-37 in 4. His three overs were promising and included a maiden – pretty good considering. KB got his hands on the pill for the 9th, nicely pushing in to the next leftie’s pads for a few before going the other way, catching the edge and delivering Anton his first ever slips catch. 2-63. A bit of stick followed, however as bonus points and an open freeway beckoned. Sankar took it on himself to bowl what would be the last over. PF 2-83.

It was a pity we did not have a chance to a least bowl more overs and more Sharks. We definitely should have had another wicket in there, maybe two. All in all it was a disappointing effort. We were probably short a quality bowler, but with so few runs it probably would not have made much difference. We did get a chance to welcome some new players. Jay had a bit of an inauspicious start, him coming off second best running around the boundary and hitting soft mole pits. But, like Jay did, we will pick ourselves up, dust ourselves off and meet the next opposition.

Big thanks to the two lads from Wyverns who umpired, sometimes under extreme pressure, and not only from the snug-fitting black trousers borrowed from Anton.