We’ve kept winning against them in the round matches these years. However, when it comes to winning the JCL trophy, the story doesn’t look the same. Famous for their mighty batting line up, they are the winner for two years in a row. Yes, they are the MAX, and mind you, their batting order this year looks very strong once again. To face them were (in batting order) Dhugal (captain), Muneeb, Marcus, Takady, Pav, Asala, Nav, Tommy, Vicky, Rui and Krishna. 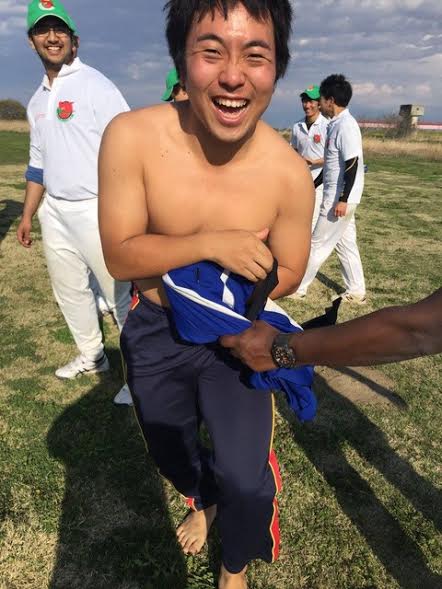 Takuma generously accepted to be 12th man. It was nice to see Takady playing for Sharks again, and also Krishna who made a big step through to division one. Same as last year, skipper of MAX Taniyama was late so they had no choice but to elect to bat, which means we were sent to field first.

The brand-new cherry was given to Rui. He got the game moving from the start. First ball flew above the slips. Second was blocked, and then the third went to Asala at second slip. Asala was quick enough not to catch it, but to manage to get the ball to first slip. Dhugal’s safe hands didn’t miss this and off went the opening batsman. From the other end came Takady to face the left-handed Chula. He did a great job creating dots and maintaining the pressure. It looked like he has learnt a lot in Australia.

However, Chula and Supun, two of the finest batsman in the country, gradually made some pain. They constantly hit our bad balls to the boundary and passed the 50-run partnership. It was Muneeb that made the breakthrough. Bowling with decent pace and accuracy, he got one right through Chula’s defence. 2-73. Here comes another great batsman, Hanif. He immediately looked dangerous smashing a huge six over the bowler’s head. Dhugal passed the ball to Pav, who was brilliant in the first match. He kept doing his trademark straight and tight bowling, and was eventually rewarded with the huge, huge wickets of Supun and Hanif. A straight ball trapped Supun right in front of the wicket. Annoyed with the tight bowling, Hanif tried to hit one over the bowler once more, but ended up scooping one to Tommy at long on.

Pav continued to show his good form, taking one more wicket. That brought that late guy Taniyama to the crease. He didn’t look as destructive as always though. Without scoring a run, he nicked a quicker and high-bouncing delivery from Vicky to keeper Marcus. Even Marcus was surprised with that ball. Sharks worked very hard in the field to make it difficult to score. Desperate MAX batsmen got some pressure from this and underestimated Vicky’s arm. He ran out the batsman with a beautiful return to the bowler’s end.

These wickets made it much easier for us. Restricting MAX’s top 7 batsman to 119 is very hard. I mean, very, very hard. The tail-enders were attacked by our tight bowling and fielding. Krishna made an impression showing his ability of spin, but it was the spin king Takady who made the wickets fall. He got all the 3 wickets combining with Asala, once stumped and twice caught behind. They ended all out at 149 in 25 overs.

This match it was Muneeb who opened the bat with the skipper. They both batted calmly, respecting the good balls and having a go for the loose ones. Dhugal smashed several short balls, while Muneeb was showing off with elegant flicks to the on side. They kept going for the spinners as well. Muneeb hit Taniyama over cover for 4 before being sent back by the umpire who thought he had nicked it although he missed it by a mile. Their wonderful partnership ended for 62 runs.

Marcus came in to join our captain. All of us were expecting him to get off his mark straight away by an aggressive loft drive or something. He had a different way of thinking this time. Keeping more patient than ever, he blocked and blocked until his eyes were completely in. It actually took 20 balls or so until he was confident to take his first run. Meanwhile Dhugal kept going as if he was going to score a half century yet again, but got stumped at 48. Takady went next. However, he wasn’t at the crease long enough to show his improved batting. He swung the bat too fast and was bowled with a ball that seemed as if it had stopped when pitched. Marcus fought hard defending his wicket to steady the ship, but ended up being caught. That was how he scored 3 in the most “unThurgate” way. 4-85.

Pav was solid, but Asala and Nav couldn’t hang around with him. Then came Tomizawa. He always loves batting and he earned the chance to bat up the order. He didn’t upset us either. Both Pav and Tommy played intelligently, scoring runs without much risk. Building an important partnership of 40 runs, they led us to a place where we thought we could easily win. Only 17 runs needed and we had plenty of overs in hand. However, you don’t know what’s going to happen in sports.

After Tommy’s wicket fell, Vicky joined Pav for the chase. They did nothing silly but steadily put runs to the score book. They seemed to go to the end, but Vicky hit a wide ball straight to point. 2 runs for victory. Everybody thought that thinking simple and waiting for the loose ball would make Sharks win. Instead, Rui neatly guided his first ball to slip. Sh*t. This brought Krishna in. Thinking it easy to win or not, Krishna was sleeping and wasn’t even padded up until he saw Rui’s tragedy. However, it seems that he had a sweet dream. He drove his first delivery through covers to complete our 150 run chase. Every Shark roared with joy. Rui was so relieved he wasn’t the criminal for losing. Thank you Krishna, you legend.

So this is how we made a historic win against MAX. Highlights would be Pav’s all round match winning display of cricket, Dhugal’s unquestionable batting ability, plus his captaincy, and of course, Krishna’s winning bat which didn’t have a grip on the bottom half. All the Sharks worked very hard in the field to keep MAX to as low a score as this. Thanks for Takuma who came to Sano as 12th man to witness our great win. 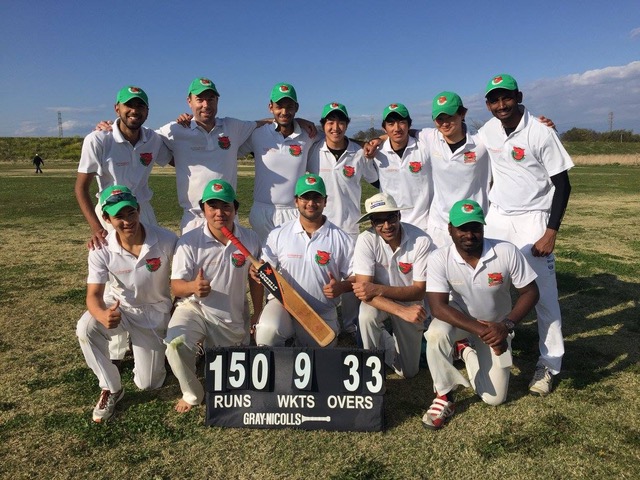