It doesn’t take much to clear the boundary at Sano 1. Today it was cleared many times, along with any resident wildlife with even an ounce of survival instinct. Only Sharks and Falcons remained 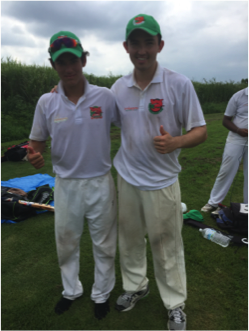 CT won the to

ss and we went with our stronger suit. The in-form batting duo of Marcus and Kendel were unleashed on the unsuspecting Falcons. They both just picked up where they had left off against the Wombats (see report). Great running, watchful defense and high-octane, high-voltage, TNT batting. It was not just brutal: it was beautiful. Clean and powerful but each a cricket shot. Kendel is obviously a cut above the competition, but Marcus was no mere spectator. They were going blow for blow, Falcon bowlers being the punching bag in the middle. Kendel reached fifty first and Marcus was set for his maiden Shark halfa, but a moment of “boredom” had him top-edge to square. By this time we were just over halfway and the boys had put on a show and 102 run

Sankar joined Kendel. He greeted Falcons with his signature square cut for 4. The pair sensibly rotated the strike to give Kendel maximum time and he took it. It took some innovative field placements… and Falcons literally still could not catch him, grassing two relatively easy catches on the rope (which they will be ruing). He powered through his second fifty to bring up his second ton for the Sharks in two weeks and two innings. He unselfishly asked if ‘anyone else wanted to have a go’ and was then bowled. His 107 took 63 balls and contained 11 sixes and many of them did not come back. One drive cleared the embankment and was tracked by Narita air traffic control. 2-174 off 19. Atharva joined Sankar for one over and immediately clipped one to the fence. Good running for byes and leg-byes got us up to a daunting (we thought) 187.

We obviously felt pretty good about ourselves. Falcons needed to go at 9.4 an over. Over-confident? Falcons also sit on two Japan Cup wins, but they have a hefty run-rate and a spread of batsmen (and sit astride the Div. 2 table). They can bat. We found out.

Awal opened the attack with Atharva. Falcons set off at a fast clip as you would expect, but we got an early break with CT taking a healthy edge (1-27). New bat, Pushkar, got stuck in immediately and with Kuldeep things looked scary as the carved us up. A bowling change, Sankar, likewise went into double digits but contained the prize of Kuldeep, a great in-swinger collecting his stumps. 2-50 after 5 (comp. 0-48).

Krishna joined up with Sankar but new combo Samdeep/Pushkar were experienced and the boundaries were no shorter as they held their run-rate. A pair by Ash and KB held it under to finish off this over block. 2-99 and drinks (comp. 0-95).

This was a pivotal 5-over block. A brilliant 2-run over from Ash and an at least Earth-bound one from KB was followed by a 3-run from Marcus. The Thurgate Clan had come to town! With pace. Kendel leaked one then next Marcus, who was getting up a good head of steam, got one poked to Mairaj at shortish mid-on. In, out, in, out, IN!! He clutches it to his big chest and Samdeep is gone in the 15th. 3-137 (comp. 1-152).

Our last five overs with the bat only produced 35 runs. We now had 51 runs. They had 7 wickets. We both had 30 balls. Call it even. Ash went for 14… Big Bro was having none of that and hit back big-time! A decisive and dramatic over! Marcus was rattling the batsmen with line and bounce®. This pressure and of the need to score induced a mis-hook and CT took the easiest of catches. The set Puskar gone and we had two new bats in. After a dot one was also on his way with Mairaj pounding in for a one-grab catch at backward square. Double whammy! Two wickets for 4 runs. 5-155! Ash again was losing his line a bit but in between balls could only find fielders. One decisively found Kendel on coming in off the long on boundary! 6-164 meant 24 was needed of 12 balls. Marcus again stepped up as a ball was hoicked to cow corner. Again Kendel sprinted in and took a freaking blinder one-handed diving low and forward!!! 7-170 and we felt if this did not break the Falcons wings nothing would. It was now 16 to get from six balls. Who would get the over?

(Almost live) Sankar, our coolest head, has the ball but no bowler on either team had been safe from the swinging willow today.

Dead ball as Shankar pulls up to subtly remind the non-striker of his obligations vis-à-vis the popping crease.

3: Outside of off and the batsmen squeezed out a single – 1

4: Sankar strays to middle-off. Ball disappears high over square and into the bush – 6

Sharks still very positive! Both sides are desperate for a definitive run requirement. Is it eight to get or nine for the win???

It is eight. Two balls.

Sankar at the top of his mark, quote, “calms himself down and assured himself that they can still win it. He tries to erase the memory of the last two balls and get himself back to the present moment. A couple of deep breathes and he is up for it by the time the ball gets retrieved from the bushes. He rethinks about his line – not the outcome of the game anymore”.

Batsmen confer. Field moves up to cut off singles. Block retaken. Rub of the ball. He starts his run up.

Another awesome T20 win by the Sharks, but a stupendous effort by the Falcons. It was so similar with the bat. Each score was built around two players. Marcus/Kendel added 102 but Kendel/Sankar also put on 74. Individuals aside: Sharks 6×15 4×7 for 118, Falcons 6×7 4×17 for 110; extras 17 each. In the field, we held our chances while they paid a price for some drops. CT, Mairaj, Kendel two apiece. The Thurgate Boys took five wickets in the space of five overs. (And there is one more to step up!) Kavin and Awal had a lot of traffic their way and worked hard.

The majority of the Sharks today were 2nd XI. They have been belted around a bit this year so this was sooooo sweet. And this nail-bitter, along with our Super Nine win over Tsukuba moves us at least into third and thus finals. That looked a million overs away, but there we are. 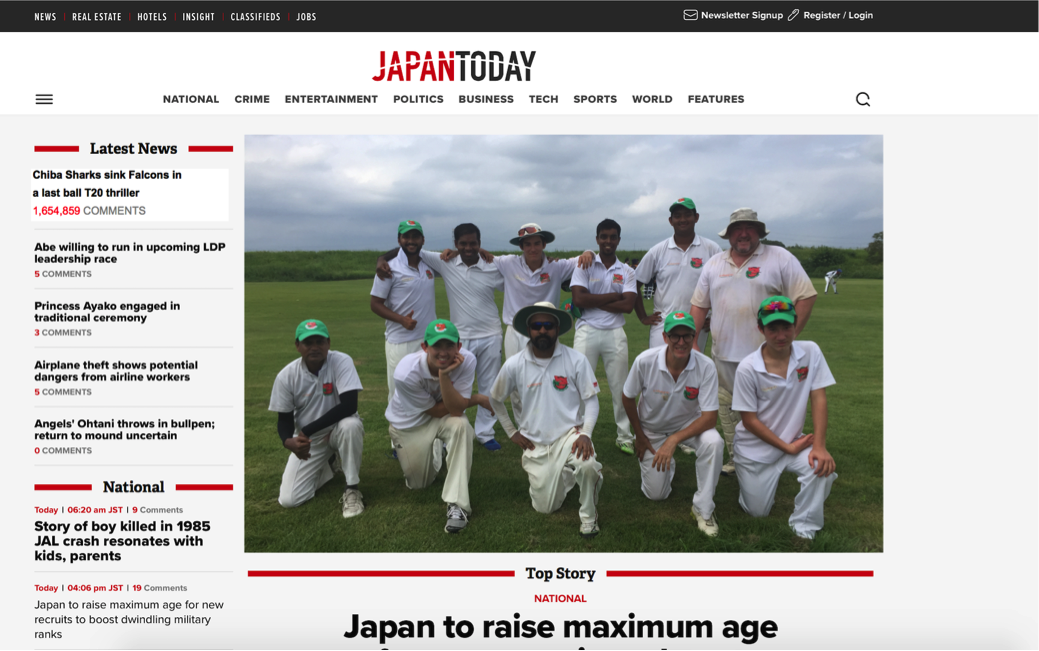 Thanks big to Murad and Sayeed from the Rising Stars. They not only umpired a cracking manic game with poise and precision, they had to do so as our victory totally sunk any chance they had to make finals. Thanks to the Falcons for their game, humility and for, well, not winning.

Finally, almost as soon as we have welcomed Kendel Fleming into the Sharks now we farewell him, hopefully not for long. Kendel has been on the Sharks radar for some time. His aim was to come to Japan, train, play a bit and get onto the JCA radar with a view to representing Japan. His CV has added two barnstorming tons in two innings on Japanese soil. Chuck in some decent bowling and three catches. Sayonara and see ya soon!