Another Nail-biting Win for Sharks

It was a beautiful day in Fuji. Even so that a two-meter-long Japanese rat snake was cruising by the ground (scared the heck out of Yuka), which set a perfect setting for our long-going Shark-Wombat rivalry at Fuji.
Sharks were led by Dhugal and Vicky, Marcus, Takady, Pave, Asala, Tomizawa, Wakita, Rakib, Rubal, and Mahesh. Sharks lost the toss and Wombats decided to bat first. This time, we also had Yuka with kids and her younger sister as support.

A brand-new ball was given to Takady. He got the game moving from t 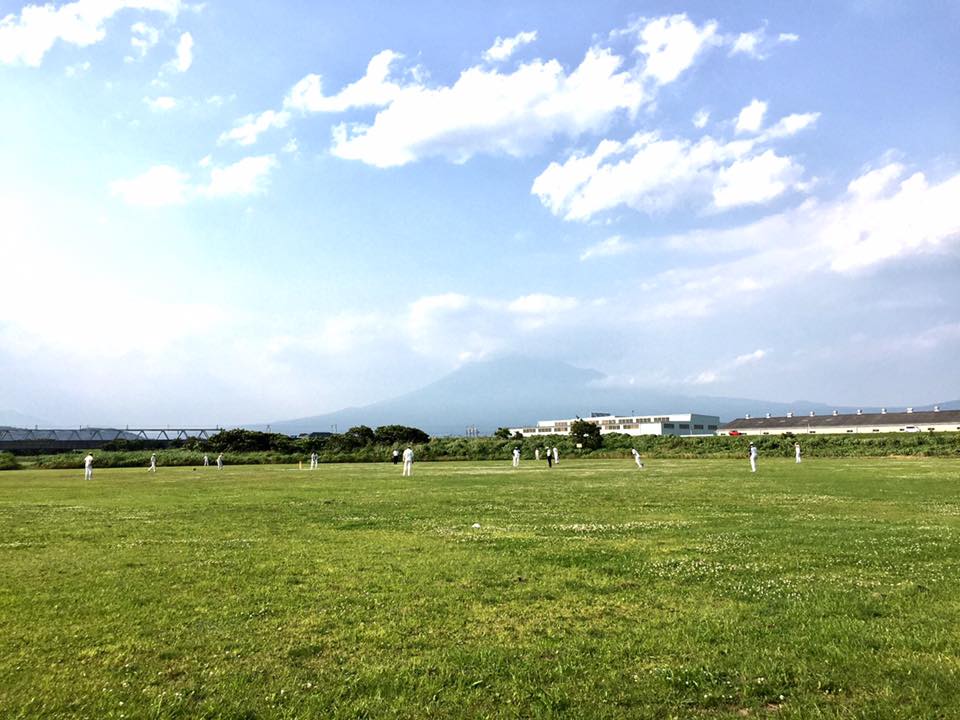 he start. Wombats’ Bracefield and skipper Patmore were opening the inning. It didn’t take that long for Takady to put Wombats into a tight spot. First over of the inning, second ball, Bracefield attempted to hit hard over Takady with straight drive, but the ball came to Takady and he held on to it. Wombats 0-1. Sharks were ruling the Fuji ground at this moment. Soon after that, however, Sharks lost the ground and skipper noticed Sharks were going zombie. He advised to bring back the energy into the field. In the mean time, Wombats were 35-1 from 12 overs and slowly starting to gaining on.

After trying most of the bowlers then Dhugal stepped in to take the second wicket caught by Rakib. Sharks had a break through. Third wicket was driven by Rubal and caught by Pav. At this point. Wombats were 136-3 for 36 overs, and as usual, Patmore was still working his skipper mojo, trying to get Wombats’ score up. Despite this effort, Sharks were controlling the game and its fielding was so tight in the 30 yard circle. Sharks then brought Wakita back to bowl. He took the next two wickets by taking the bails off out of Wombats. Skipper kept Sharkies together and Wombats were 161-7 from 40 overs. It was now time for Sharks to bat and as some Sharks on Facebook were saying “Skin ’em alive Sharkies!”. 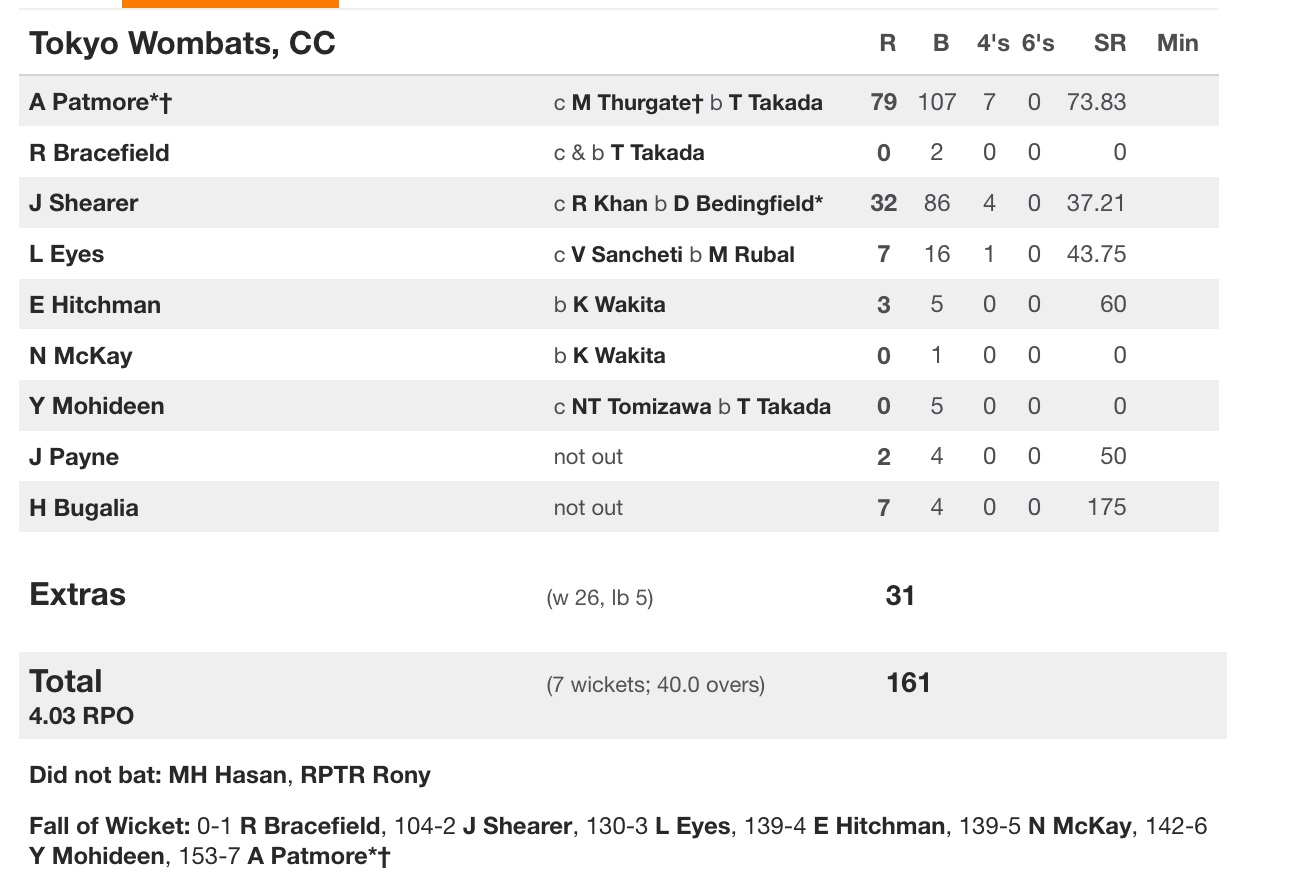 Dhugal and Vicky opened and got us into speedy start. Sharks were 19-0 from 3 overs. Vicky perfectly showed off his batting skills and hit a couple of beautiful boundaries, but unfortunately he couldn’t hang around long. 31-1 off 6. Marcus joined Dhugal and they brought up to speed of 50-1 off 12. Marcus was caught by legendary Wombats skipper keeper behind the wicket.

Takady joined next. Dhugal seemed solid and batted calmly as usual, respecting good balls and having a go at loose ones. Dhugal smashed several boundaries to dominate the ground. Then there came a highly debatable verdict, a ball missed his bat and hit the pads, the umpire’s finger was held up vertical instead of arm horizontal. Dhugal made 33 runs, and Sharks were 63-3 off 16. Pav joned Takady and they brought the score to 92. Then Takady’s bails were taken by Wombats –  92-4. Asala joined Pav. They both stayed solid and built their partnership to 118-4.

As it almost seems destined to have some highlights to make any Sharks/Wombats game memorable, here came a moment of chaos. As the score reached to 120, Pav tried to make an attempt to hit off to the midwicket area, but his pads interrupted a significant edge which sent Wombats up nonetheless. Pav indicated that it was inside edge bat and pad, but Asala and Pav could only watch in horror and disbelief as nervous umpire’s finger went up. Pav’s indication of bat and pad was confirmed by leg umpire, then all the Wombats came towards Pav and umpires and started a heated discussion. While Asala from the other side of the wicket observed this drama, he went and stood next to Pav and told the Wombats to let the umpires decide and that none of us had any right to put our nose into this matter. Unfortunately, Pav had to leave as nervous umpires delivered the decision. 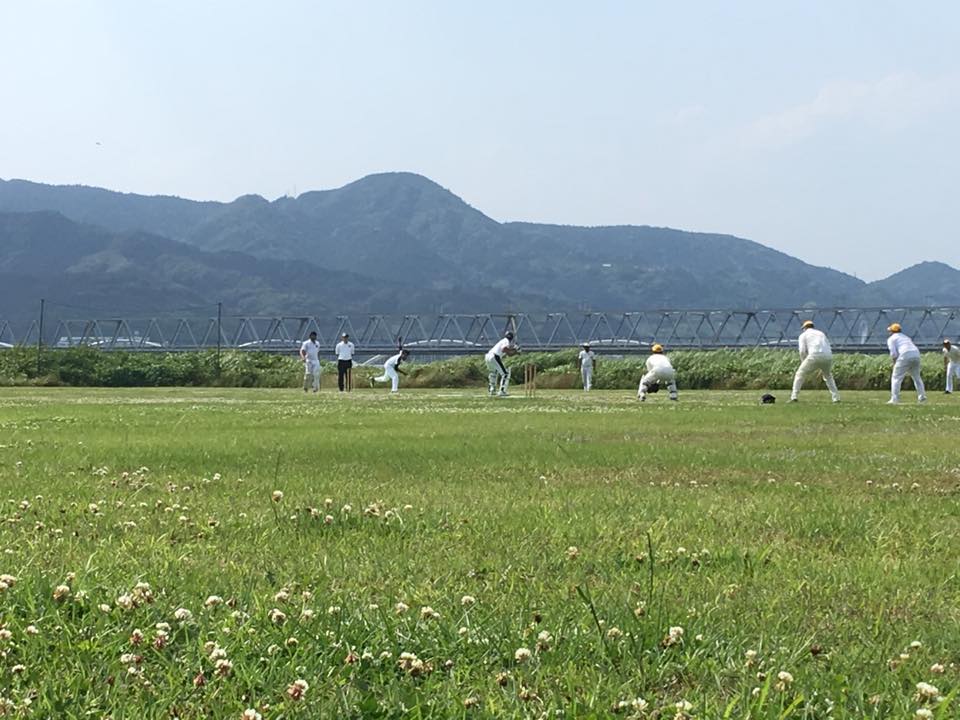 While Asala was waiting for Tomizawa to join him, Wombats’ skipper came to him and apologized for not taking proper action during this incident, he said “Sorry for not doing the right thing. I should’ve taken my players aside and not interfered with batsman or umpires and let the umpires talk and make a decision”. Asala acknowledged Patmore and began to play cricket. Sharks 118 off 28.

(Let’s take a break here. Shall we? Well, to top this chaotic story, I had a bad case of cramp out of the blue…this was the very first time that it occurred in my entire cricket life! To make things even more interesting, my kind wife thought of getting a pain patch from our car so she ran to pass the narrow path by bushes and the boundary between overs. But then she perfectly fell over the ground on her face, tripping over absolutely nothing, which was fully witnessed by a Wombat player. I am writing this with her consent to share this with the team. So I think we know who are the clumsiest couple here.)

Asala told Tomizawa to hit along the ground. Soon after he launched high, which did not carry. Tomizawa was caught and Sharks were 122-6. Rakib Khan joined Asala. Soon after Asala’s pads were interrupted, which resulted in LBW 138-7. Sharks were then in big trouble. Nail biting moments for sure. Wakita came in and he made a quick boundary, but he couldn’t stick around much longer either – 158-8. Rubal joined  Rakib. Here came the nail biting part, all the Sharks waiting at the boundary and anything could happen at the moment. But Rubal and the Wrath of Khan brought Sharks home –  165-8 off 37.3 overs. Another unforgettable win for Sharks. 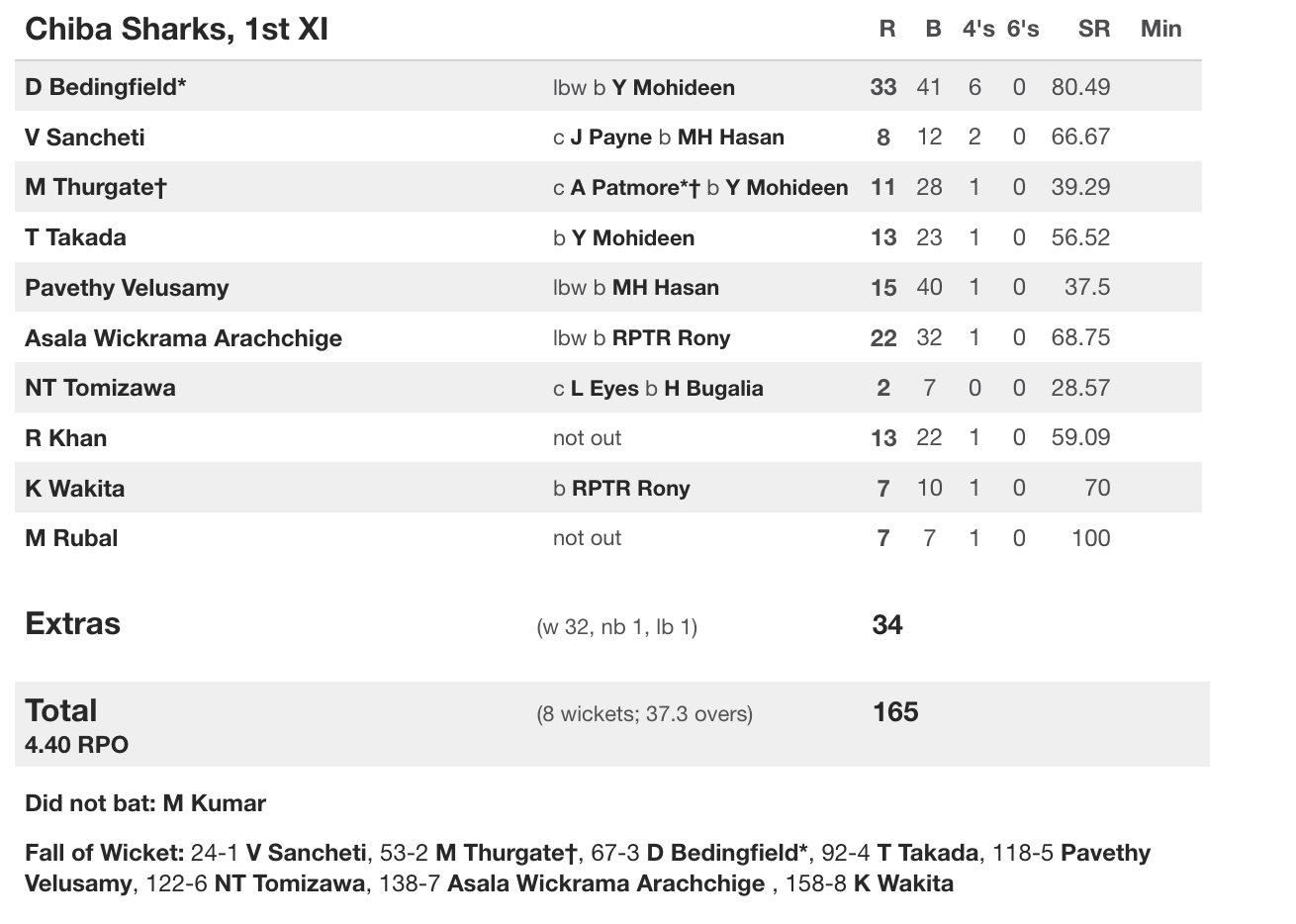