The 1sts’ defeat to the same opposition the previous day was probably the source of some extra motivation for the second string Sharks who arrived quite early at a wet and overcast Tanuma for the JCL2 semifinal against the Indian Tigers.

While, apparently, the Tigers packed their team with as many 1st XI players as they were permitted to, the Sharks were happy to maintaining their separate set of specialists 2nds for this game. No prize for guessing what happened at the toss. The Sharks lost it as usual and opted to field first.

Bowling
Kurumi, the star of the Women’s National Team, started the proceedings from the School End with some effortlessly precise length and pace. No run was scored off the bat in this over but three extras (2 WB, 1 NB) opened the Tigers’ account on the score board.

Murad came in as a surprise to bowl his orthodox off-spin in the second over and struggled to find a good line or length. Both the Tigers’ openers pounced on this opportunity hitting four boundaries off it. The score board read 23/0 after two overs.

While Kurumi kept it tight from her end, the ever dependable KB was called early to replace Murad in the fourth over. What came after this was a master class of slow-right-arm bowling from the veteran. He trapped Anil plum in front in his very second over and got the other opener Anuraj stumped in his third; a lovely piece of glove work there by the captain. KB got the third scalp in his fourth over as Limo took a nice catch behind the short-ish square leg – a wicket-maiden. The Tigers were in a spot of bother at 56/3 after 10.

Meanwhile Sankar, replacing Kurumi, was sort of unlucky not to pick up Sabaorish, dropped at point, in his second over. He and Manoj, the 1st XI regulars for the Tigers, then put their heads down for a 90 run partnership. Finally Molloy, the most economic among the Sharks bowlers, got Sabaorish stumped with a big leg spinner. Well done CT again. Anton got rid of Manoj soon after – bowled by a bedazzling pie. And after 10 more runs Limo foxed Mouli and Rubal took the catch of the season (for the twos at least)diving back to his right, to make it 163 for 6 for the Tigers. The Sharks seemed to have come back in to the game big time.

But the tigers had put up another 30 run partnership before KB came back for his 2nd spell to pick up Divyanshu caught by Molloy in the covers. KB finished with 4 wickets for 35 from his 8 overs. Sankar too came back for a second spell and got Joe caught nicely by Kurumi at deep midwicket. Molloy clean bowled Bharat in his last & the innings’ penultimate over. The Tigers finished at 225 for 9. A steep target for the Sharks!

Batting
The Sharks 2nd’s had never successfully chased such a big total in the past but that was just more motivation for the team to go for it. They needed a solid start. The captain asked the openers to value their wickets and stay in the middle as long as they could.

Murad and Sankar opened the innings with caution. Although Sankar hit Mouli for a 4 over cover in the very first over of the innings, subsequent boundaries were hard to come by after that and both the openers had to rely on singles and twos. They ran extremely well between the wickets and kept the score board ticking at around 4 runs per over till the 10th over.

Sankar was the first to go, out for 19, when he mishit and skied one from Pooyath in the 11th over. Sharks were 43 for 1 after 11 overs. Rubal came in at no. 3 to join Murad, his Rising Star mate, and looked desperate to make a mark with his trademark leg-side semi-hoiks but struggled against a clever Sabaorish and was eventually stumped for 5; leaving the Sharks at 58/2.

Replacing Rubal was another Rising ‘Star’ Sayeed who had to curb his natural big-hit-tendency and play a supporting role to Murad who, by then, was looking good for a big one. The two added 21, before Sayeed was dismissed by Pooyath.

Limo, the batting star for the 2nds this season, came in at no. 5 but could not stay long this time. He slashed one from Sabaorish to the hands of Anuraj and was out for 4. Meanwhile Murad kept accumulating runs from the other end and was perhaps looking for someone to stay with him and build a sort of partnership. 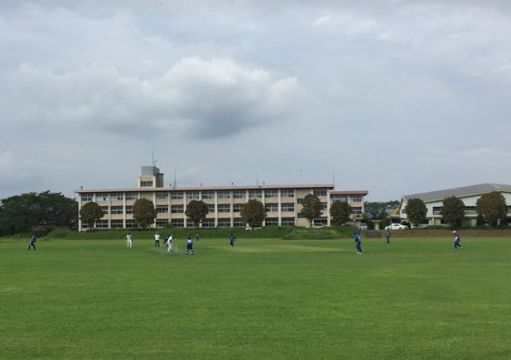 Molloy joined Murad in the middle and looked confident from the very first ball he faced. The result was a display of some lovely trademark off drives from him and a solid partnership of 39 (the second highest of the innings) with Murad who was nearing his 50. Molloy got bowled for 14 misreading a straighter one from Sabaorish and so entered the Sharks’ captain.

People in the Sharks dugout were hoping to see some big hitting from the big hitting CT. He showed a glimpse of his power by hitting Manoj, the opposition captain, for a boundary but got out (for 10) to him in the same over. Murad had completed his half-Century by then and was almost exhausted.

Next in was Anton. He looked resilient and got busy straightaway throwing his bat at everything as it was the call of the hour and hit a four over mid-on in the process. His cameo of 9 came in 7 balls with an exceptional strike rate of 129.

But, by then, it was too late for the Sharks as the required run rate was near 30 from the last two overs. Kurumi came in at no. 9 and completed the formalities with an unbeaten 8th wicket partnership to finish the innings at 175 for 7.
A double high five to Murad for carrying his bat through and making an excellent 70 in the process.

A superb team effort and a great end to the JCL season for the Sharks. They gave everything on the field (Terry who seemed to have a ball-magnet hidden under his Sharks white deserves a special mention here) and played for each other – the most important part for any team sport. 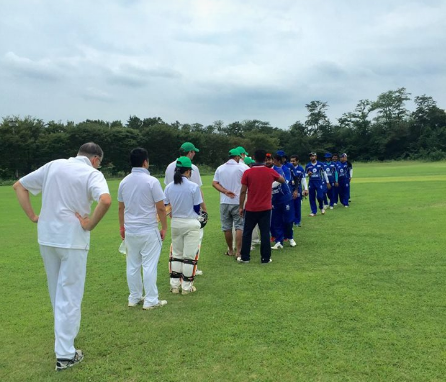 Well done Sharkies! Countdown for a better next season begins….now.