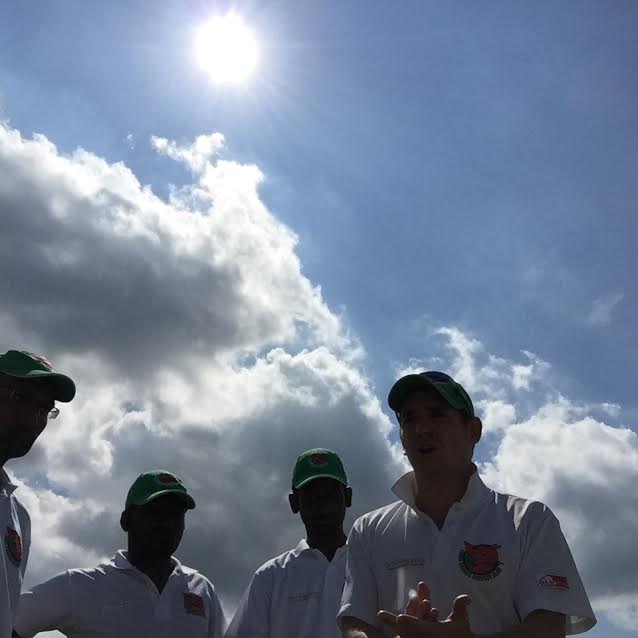 Chiba Sharks had bolted to the top of Div. 1 and remained there all season, but the record will show that the last few games were not our best, down on form, cohesion and personnel. Our final two games of the season were against Tigers C. C., newcomers to the JCL 1st Division and, for some of them, the actual laws of cricket. Both gave us something to mull over in the off-season.

We went into the game with some key members across the brine in South Korea, a fact we will have to deal with as a major feeder and grower of the domestic game in Japan. We also went into the game with the momentum with Tigers, them having trounced a very junior 1st XI the previous match (returning the dose we gave them earlier in the season). Still, we boasted a fair array of Shark talent under the guidance of PG. KB stepped off the plane from Australia to fill in as 12th. We would need to click again to see us through.

PG won the re-toss and we batted – horribly.

Batting
PG stressed the need for each pair to knuckle down and build partnerships. Didn’t happen. Vicky, having injured his back in the warm-up, looked very uncomfortable over his bat as opener and did not last long. PG probably put himself under as much pressure as the raucous field. Takady had one of those weird dismissals – ball bouncing off various body parts until rolling into the base of the stumps.

At 3 down for 2 after 4 overs we were basically stuffed right there. Prashant, defiant and very bloody angry, stuck it out as small blocks of runs – hard to call them partnerships – were added with Marcus, Pave and Muneeb. He cut loose in one over, crashing some drives down field, but when he fell for 28 (7-65) the main target became merely to try to get to three figures. Sumon and Asala held on grimly, but we failed to do even that, with only two players reaching double figures. Sharks all out for 90.

Bowling
We have bowled our way out of very tight situations before and we would certainly need to do it gain. Not this time, however. None of PG, Viv or Vicky, could get a break. Vicky bravely sent down two overs of great control before his back totally seized up and KB trotted out to fill in.

Muneeb got his chance with the ball and took it, getting good pace and holding an excellent line to nail opener Rahul LBW. Takady entered the fray and soon made it 2-fer as Vivek settled under and took the catch at long on (2-39). The next pair moved the game away from us, however, to push up to 65. Higashimoto was given a spell and a sharp catch at slip by Asala removed all-rounder Sabaorish. The ball flew high to his left and he finished it off grasping it in his tummy as he went down (3-65). 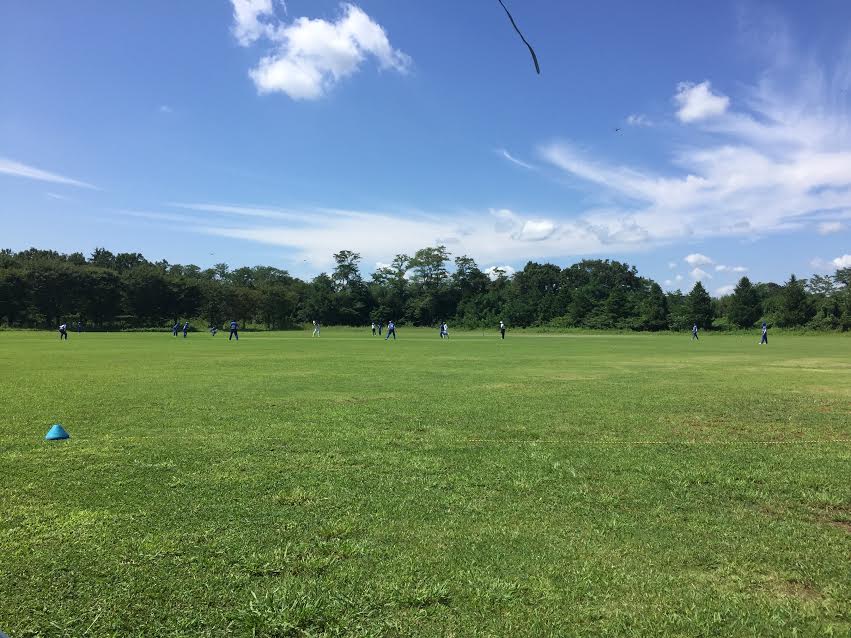 We had a sniff of victory and we have been here before. PG urged us to rally around and put on the pressure. But Tigers had heaps of time, experience and a little help from some wayward bowling and other sources. The required runs were made in half the overs and with no more wickets. 3-91. 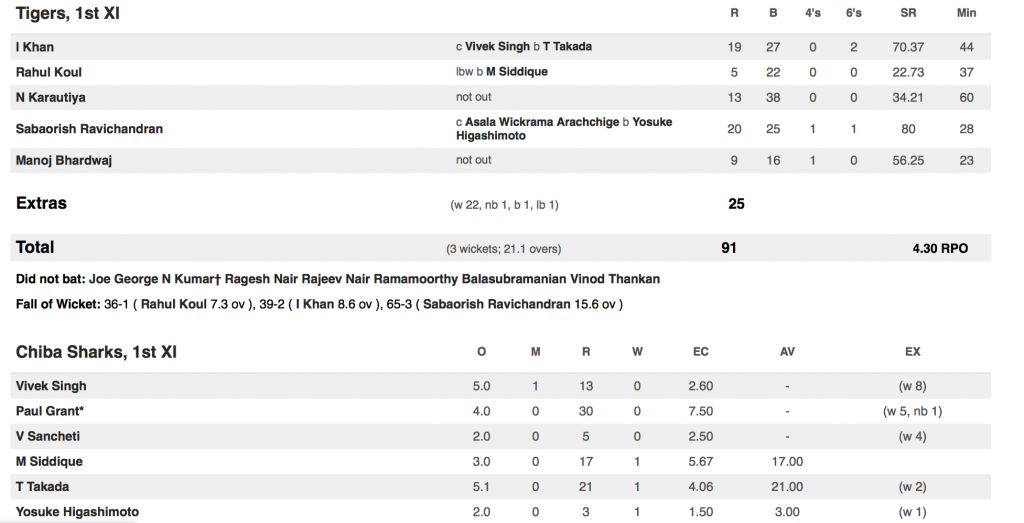 It was a very unsatisfactory and very unsatisfying game. Could I throw in unedifying? We basically did the opposite of what we needed to do both with bat and ball. No partnerships to speak of, no real high pressure spells with the ball. It was a performance lacking cricketing maturity from us on a day where that particular quality was sadly lacking in many, many ways.

It was also PG’s last game as a Shark (for now) and we should have sent him off in a better fashion. So ended the season for Div 1. The next day the Twos would front up to Tigers Inc. again. We had the chance to exact some degree of revenge, on some of the exact same players as it panned out. 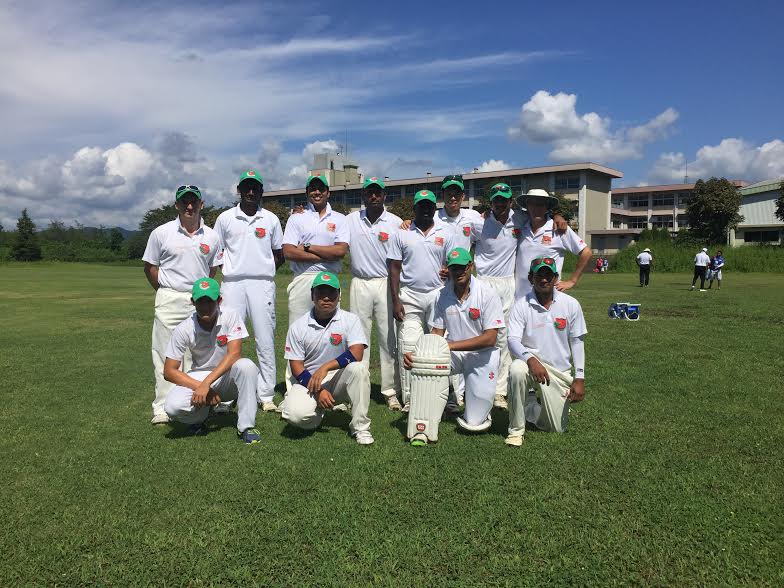 We have something to chew on before next March.