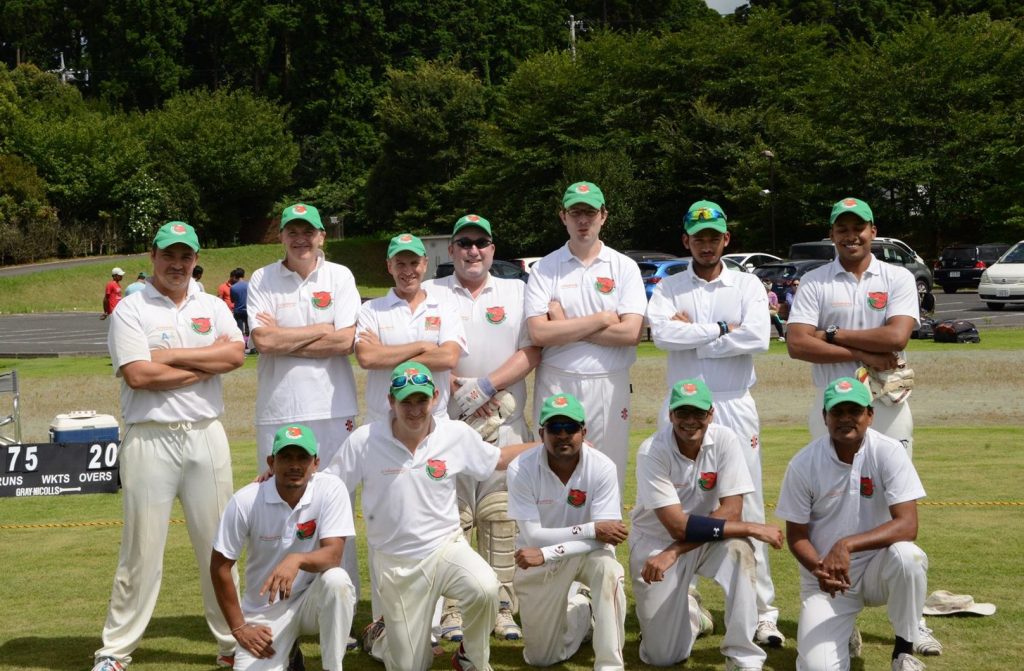 A dullish day in Sammu awaited the Sharks and the gentleman that prefer a certain shade of blue for what promised to be a good day’s worth of cricket. The Sharks team was studded with a good mixture of youth and experience with the majority of the team being made up of first-team regulars and the feeling around camp was one of cautious optimism. 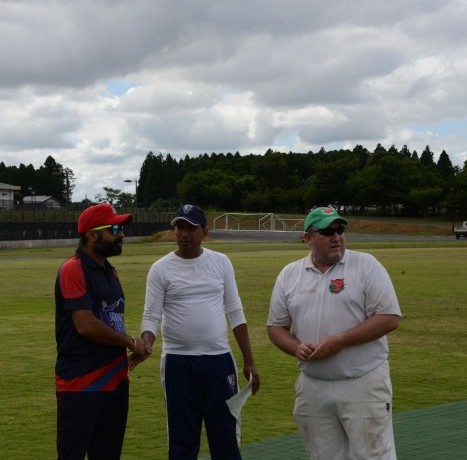 A pitch inspection, followed by a Griegian key dip showed that, yes, indeed, this was a plastic rubber pitch with too much structural integrity to drive a metal key into.

The MiB, galaxy defenders, would start the match with the bat in hand while the Sharks opened up the bowling with the experience heads of Paul and Vicky Sancheti.

The Blue openers seemed to get off to a good start, playing some strokes and taking care of some not so great bowling. It was however to be Paul who would strike first trapping Vellingiri in front of the stumps for 11. Soon after, Mahesh, the be-goggling spinner would turn the tide of the game in the Sharks favour with a fantastic display of spin bowling. Keeping the MiB on their toes, Mahesh was able to stave off the flow of runs and force the opposition into making rash decisions. Vivek up the other end would convert his bowling partner’s stoic efforts by taking 2 wickets while Mahesh himself took care of the opener, Sudeep.

The Sharks fielding was well drilled apart from a delayed dive in slow motion by Mr Cool, Nav Jinasena. A perfectly executed dive a mere 3 seconds after the ball passed him showed the class of what a cricketer of the English school can achieve.

Scott and Sankar soon joined in the attack and the two both picked up a couple of wickets a piece with some tidy and effective bowling.

Nav would also redeem himself somewhat as he picked up the assist for a run-out on the 9th wicket while Paul would clean up the blue man group, taking the stumps of Kumar in the 19th over.

The Sharks did well to get back into the game it was truly the spell from Mahesh that changed the complexion of the game. His accurate and masterful spinning deliveries hit just the wrong places for the opposition and completely slowed up the scoring allowing the Sharks to dive in and feed.

Set 80 to get from 20 overs, the Sharks dressing room was in good spirits but also all to wary of the difficulty the team has had in the past chasing small totals.

With an eye on getting the game done quicky, Paul and Vivek were sent out to face the beginning tirade. Paul is the steady one, but we know one of two Vivek’s usually shows up and neither one likes to hang around. Unfortunately it was the not so prolific Vivek that turned up as he skied one in the second over to leave the Sharkies at 1-4. Sankar would step up to the plate A very handy partnership ensued with Sankar playing a nice array of shots but Paul would hit one straight back at the bowler to put the Sharks in a little bit of trouble in Richie Benaud territory, 2-22.

Vicky and Sankar put on 10 runs before Sancheti got bowled by Vellingiri. Vellingiri, which I can only assume is some sort of Venetian pasta, went ham on the Sharks line-up cleaning up Nav leg-before wicket for a golden quacker. Manvi would make quick work of Mahesh while Vellinigiri took care of Sankar, Anton and Terry to claim 5 wickets for the game.

Sankar performed admirably with the bat scoring 19 off 24 in an attempt to anchor the innings but it would be to no avail. Scott would fall to a run-out off some fairly dodgy running while Chris T offered minimal resistance falling for 1 off 3. Mairaj would remain the last man standing but failed to face a delivery.

The Sharks, all-out for 46 off 15 overs. A very, very poor showing. Not only did we fail to get the runs, but we failed to even last the overs. The bowlers did their best to keep the team in the game following a fairly promising start from the MiB, but the game would be better erased from the memory given the performance with the bat.

Big wraps to Sankar and Mahesh for putting in fantastic performances to keep the team in the game.

A game that was an expected win turned into a disappointing loss. Something we will have to learn from to become a better team in the future.