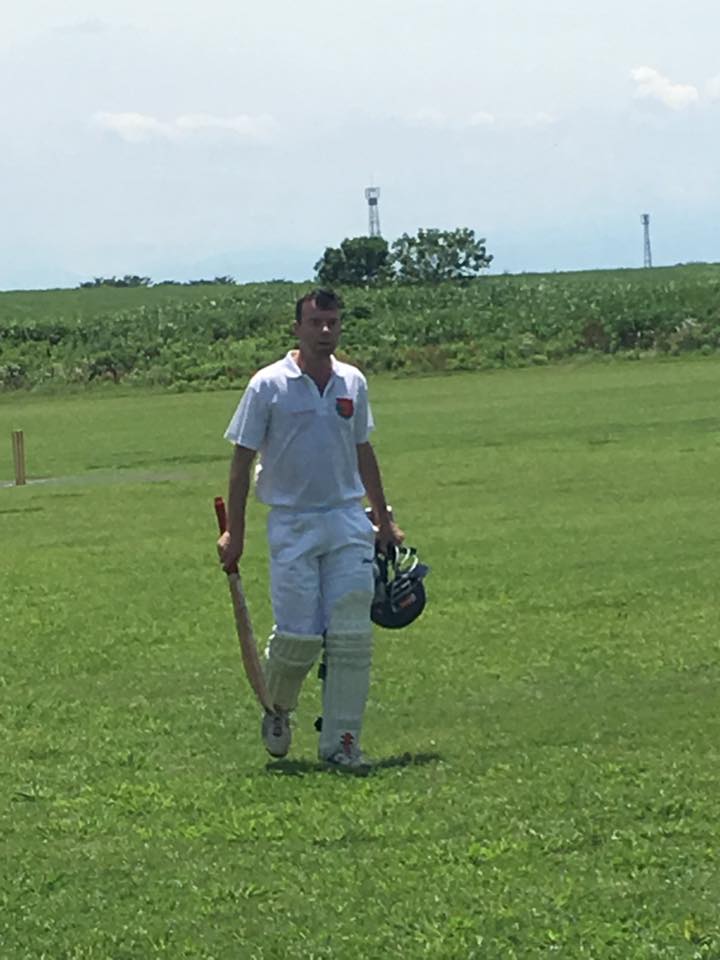 In hot, burning and humid weather at Sano 3, all the Sharkies were dressed up in the same nice looking white Sharks shirt with the green Sharks cap. Somehow we had one sharks fan on the Paddy’s side (a traitor in our midst?) wearing a Sharks cap on his head even though we don’t sell them. The “Sharks cap mystery “.

Dhugal the skipper won the toss and elected to bat and he sent himself and young Siddique to the crease.
It was the one of the best opening partnerships of the season as Dhugal once again cruised himself to another amazing half century while Muneeb showed his skills that he learned through observing what the veterans do.
There was only one miscued shot that the captain played at all day which ended his lovely knock at 76. That unfortunately meant that the great partnership ended at 133.

It didn’t take too long for Paddy’s to get their second wicket as Muneeb was felled just 3 short of his maiden half century in a senior match. 2/136. Prashant again got a chance out in the middle but couldn’t last long this time as he got caught on 11. 3/156

That brought another young gun, Nic, to the crease and he showed us some good shots all around the ground, hitting some boundaries while Takady took some singles in support. It was Takady who left the crease earliest as he was clean bowled by the best ball of the innings. 4/169. Sankar joined Nic as he continued to get some more runs on Japanese soil. But unfortunately Nic had to end his party as he got caught on the boundary on 35 with a strike rate of 152.17!!!! 5/215

After that wickets fell frequently as Sankar, Marcus, Rui and Dan got dismissed cheaply but luckily the score board was ticking over because of some bonus extras. 9/248. And at the very end of the innings, Japan national side’s Kurumi and young Japan national Tommy showed us some really good examples of batting as they established a 25 run partnership with Kurumi hitting and running and Tommy clearing the rope. The six that Tommy hit reminded us of the one he hit against the Hong Kong Dragons last November. Sharks ended the inning putting 9/273 unbeaten on the board.

We went out under the sun at the pretty much the hottest time in a day. Rui and Dan opened with the ball and both banged their deliveries right on the money. Rui was swinging the ball slightly away from the batsman and that made Paddy’s pretty much useless. It didn’t take too long for Rui to find that outside edge but the wicket keeper made a meal of it. From that point the Sharks fielding got a little sloppy as we put down some opportunities to take some wickets.

Things changed however as batsman Kumar looped the ball towards Muneeb who has a secret nickname of “Magnet Siddique ” and we picked up our first. 1/14. Paddy’s couldn’t add that much to the scoreline for the 2nd wicket stand as Tommy’s cheese and bacon pie was delivered straight into Dan’s soft hands who was missing a good Australian hog meat pie! 2/31

Ex-Shark Ashiq, who opened the batting, retired hurt early but later, when he came back it was with the intention of smacking these little Chiba kids about. However unfortunately for him the young Chiba bowlers were providing more spice than sweets. The Sharks got into the flow when Muneeb got the big wicket of Uddika, the big rope clearer, caught behind. Everything started to go the Sharks way as Muneeb continued to be on fire removing another batsman just two balls later. It has been quite while since me and Muneeb started playing cricket together, but no other over he bowled could beat this one. (I hope I can see some of them through August) 3/43 and 4/45.

A brilliant yorker from Kurumi that struck Mihindu’s middle stump brought up the Sharks’s 5th and also Kurumi’s maiden 1st XI wicket! Muneeb added another wicket to our tally as we picked up our 6th and the wickets kept falling for Paddy’s as our skipper took the ball and placed it in just the spot for Mr. Watanabe to chop it back on to his stumps. 7/61.

The hungry Ashiq, who had built up quite an appetite by now, advanced forward to take on Takady’s curry but the Takady curry ran right through him to shatter the stumps. As I said before, young Chiba curry spice works! 8/85
The 9th wicket was an absolute ripper from Dan as he picked up his maiden sharks wicket with his trademark yorker. The final blow was inflicted by Takady with a simple catch for Rui in the covers as Paddy’s were rolled, all out for 93. The Sharks won by an admirable 180 runs.

Big thanks to the umpires who took great control even when there were some issues from the next ground. And also BIG thanks to Higapon who managed to not only score two books but also find time to come on and take a catch as 12th man. Much appreciated.

Also, I’ve got a favour to all the people who follow Japanese cricket. Please contact one of our Sharks players if you know anything about the “sharks cap mystery”. 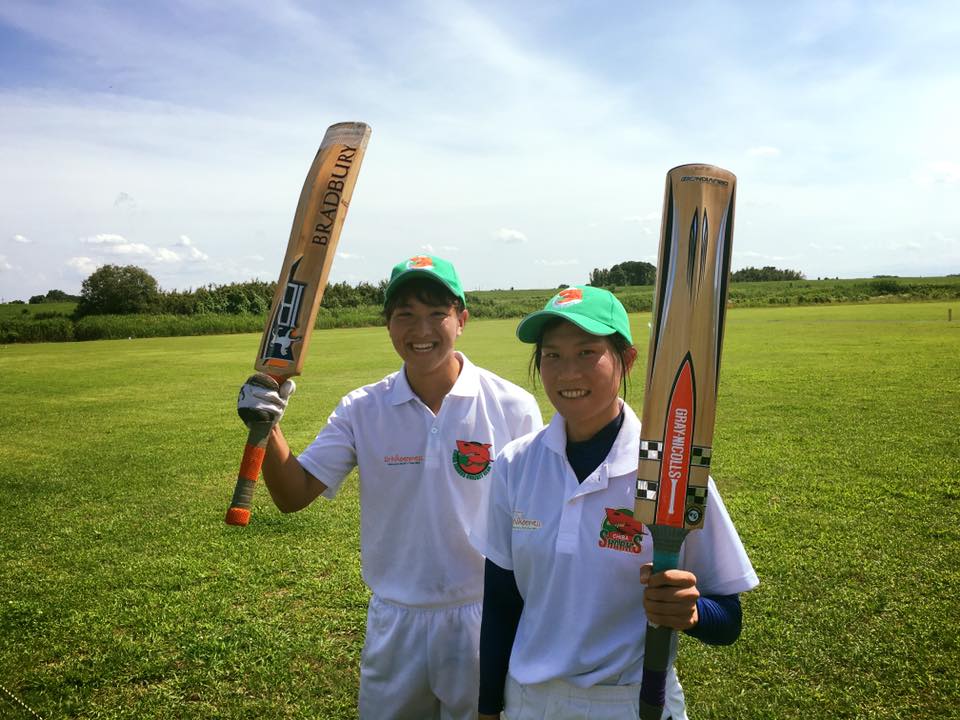 Finally, we all wish the best to Kurumi and Regina in the EAP tournament that is held in Samoa. Hopefully the score will be on live on cricHQ, so I hope you’ll follow that.(Editor’s note: In the face-off between Japan and Samoa, Regina slogged a 50 and took 3 for, while Kurumi opened the bowling taking 2/29 and scoring 1 with the bat)

Another massive win Sharkies!! Just too good!! Let’s keep it up!!