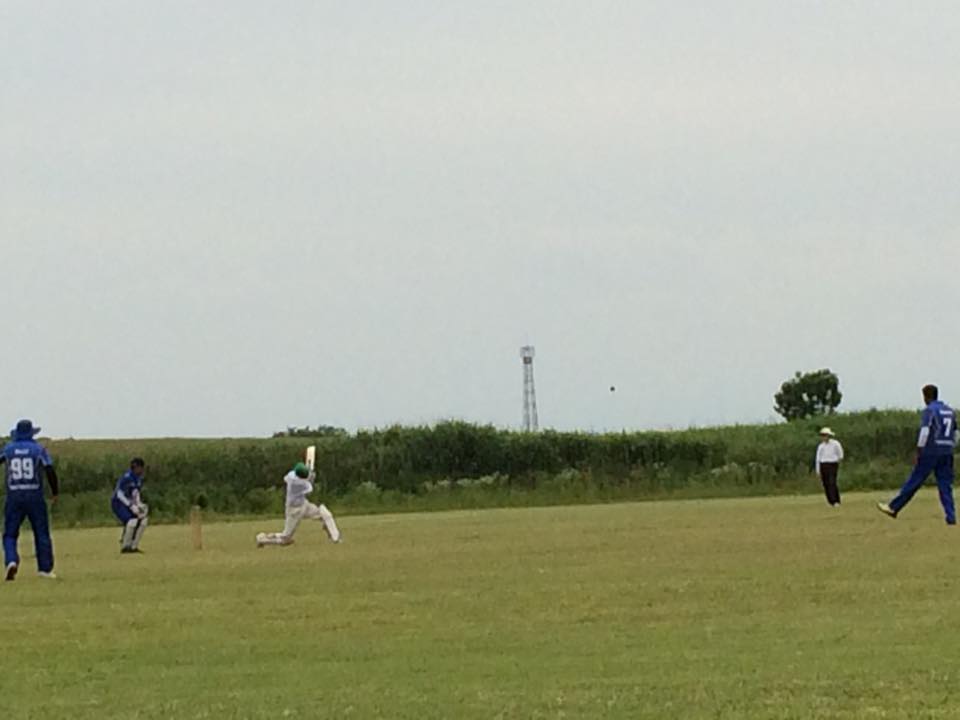 On a beautiful Saturday afternoon at Sano 3, the mighty Sharks First XI were looking to get revenge on the Tigers who sadly defeated the Second XI on the very same ground a week before. This game also marked the return of Aditya to the fold!

As predicted, Dhugal won the toss and elected to bat. A couple of minutes later both himself and PG put the pads on and the game was under way. Both openers set the tone for the innings as they managed to keep out the good balls from the Tigers opening bowlers while punishing any of the loose ones.

As a bowling change was made so did the run-rate, Dhugal took it to the new bowlers and hit a couple of boundaries in a row which brought up the 50 partnership. But sadly he didn’t last much longer as he somehow managed to get himself bowled around his legs. So with that, out goes Dhugal and in comes Prashant.

As it normally is when a wicket falls, the runs starts to dry up and pressure starts to build. Luckily enough, PG got dropped at slips not long after and from then onwards both batters didn’t look like getting out. Both were cruising and PG managed to pick up another half century to his name. 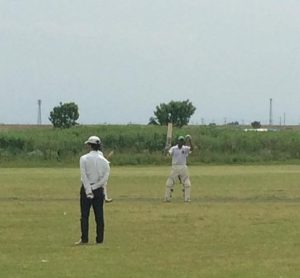 While a drinks break can break a batsman’s momentum, both PG and Prashant kept pushing 1s and 2s at will for about 5-10 overs or so. After finally getting his eye in, Prashant decided to take the aerial route to increase the run rate while also reaching a back to back half-century. PG tried to follow suit by picking up the pace but sadly was caught in the covers for a good score of 70.

The little Tanuki Master (Takady) was in next and looked to get busy by running quickly between wickets. Prashant however had other ideas; he decided to take the more comfortable route of hitting sixes!

Sadly, the Tanuki show didn’t last for very long, and Takady had to make room for Xina, but sadly she got a good delivery first up and her feet didn’t move an inch, a technique that would make Chris Martin very proud!
Pave and Higapon were the next 2 in, they put on a firework show with Prashant, but sadly both perished soon after. Prashant however in the meantime, had calmly got himself into the 90s. He then managed to bring up his ton with the help of Sumon on the other end, which got the Sharks total to a massive 274!

With a massive total to chase, the bowlers knew that the Tigers would come out all guns blazing. For the first couple of overs Aditya and Takady managed to keep the runs down, the latter of the two managed to pick up a wicket after returning to pace bowling. 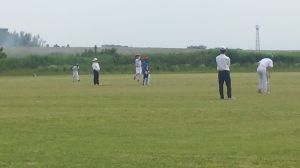 The Tigers however were not going to give up without a fight. They managed to score at a quick rate and with a bit of luck managed to put 70 odd runs for 1 wicket in around 10 or so overs.

Enter “the Tomizawa” along with his new partner in crime Muneeb. Both youngsters started to reign in both batsman and when one of them tried to go over the top, Regina somehow managed to take it with one hand! 2 wickets down and the floodgates opened.

Wickets kept tumbling and Tigers managed to scrape past 100 with the help of their last wicket partnership. Tomizawa showed great control and pace to end up with 4 wickets. Well done to the young lad! 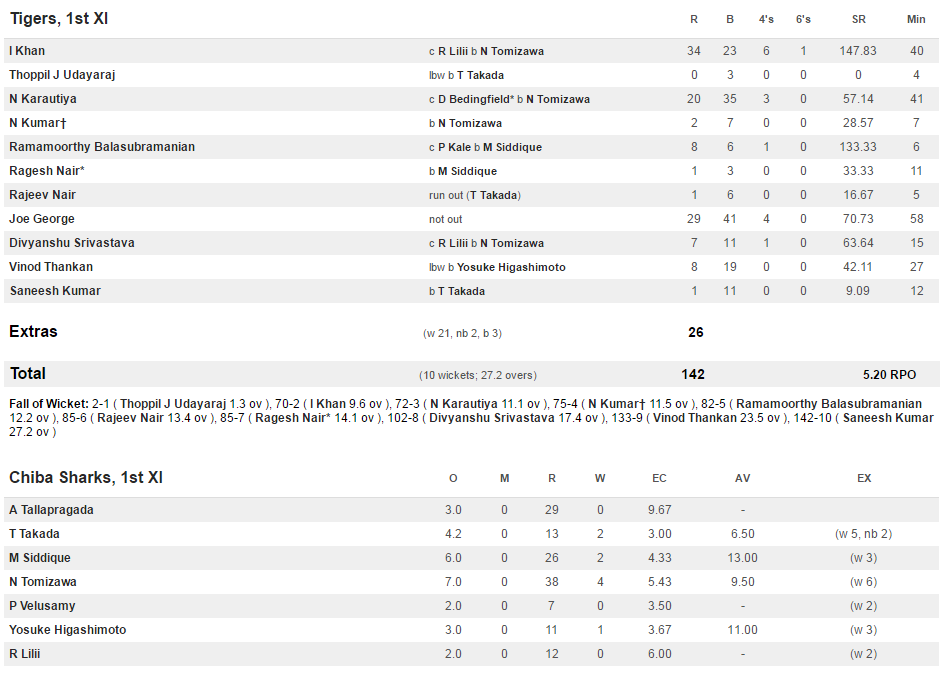 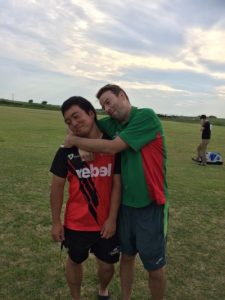 The game was over but the enjoyment didn’t end. A video was created to show the team singing Happy Birthday to our favourite Sempai CT turning 42 years old (the video went something along the lines of, “Happy Birthday Chris?…..CT?…..Thurgate?…..Chris Thurgate…”

All in all it was great day for the Sharks, another game another victory. Congratulations to Prashant for his 103*, PG for his 70 and Tomizawa for his 4 wickets. Everyone contributed to the game in one way or another which is great for the future.

I would like to make a special mention to Takady who made everyone laugh and made a very cute remark of, “I want to be taller”

Congratulations once again and good luck to the First XI with all their future matches. I will leave on that note.
Peace out!