We were not taking any winning or batting form into this semi final with Wombats and neither were we taking in a number of key players. We were, however, taking in a belief that we were never out of a game. While the latter was evident – we almost pulled it off – so too was the former – we missed solidity at the top yet again. But it was still almost a repeat of the Fuji Epic. Almost. 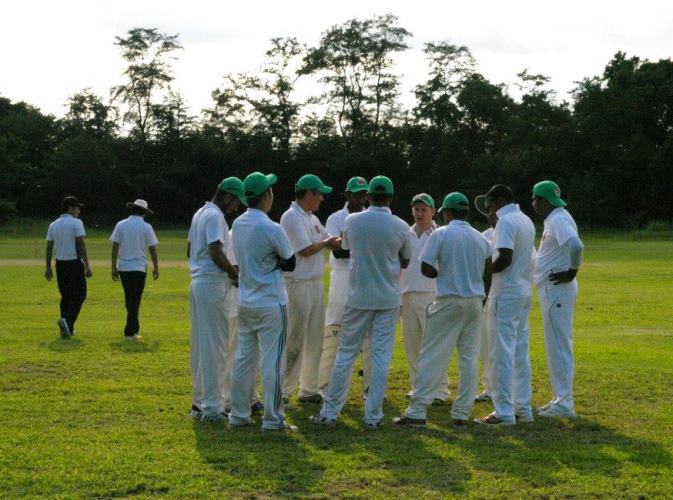 With Dhugal, Vicky and Prashant all overseas we were a team high on energy but a tad low on depth. Still, as Winston Churchill said, “It is no use saying, “We are doing our best. You have got to succeed in doing what is necessary.” With that in mind we were: PG (captaining the Sharks for the first time in his first season), Sumon, Sankar, Navin, Asala, Takady, Ryo, Anton, Vivek, Adit and Sanjeewa. KB was 12th. We also welcomed Koji and Asala’s extended family in support. PG followed tradition by losing the toss but got his wish to bat first anyway. The sky was clear except for a squadron of several thousand dragonflies; the turf wickets extremely well-grassed (brown) and damp. It offered hair-raising bounce. Luckily we were on the green matting one.

Batting
We were, unfortunately, ‘on the mat’ soon enough. Division leader Koolhof was treated with extreme caution, however the devastation came from the other end. A Sumon edge to slip was taken on the second bite, 1-3. LBW appeal upheld against Sankar, 2-8. The Sri Lankan pair of Navin and Asala dropped anchor for a while but maidens were more common than runs. Asala finally proved Koolhof was not Terry Alderman by launching him for 6 over mid-wicket and adding a brace of 2s. Navin, however, lost patience and his wicket, 3-25. 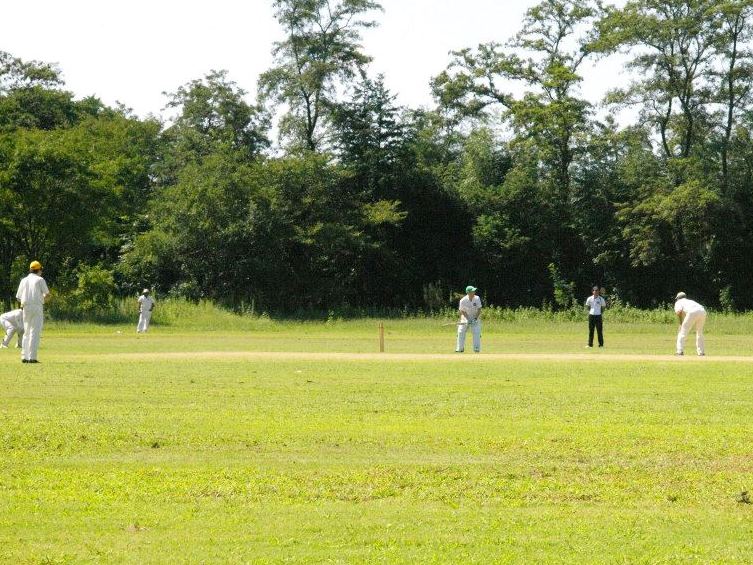 A rather high full toss took Asala’s bat high to make it 4-27. With the umpire’s finger going vertical instead of arm horizontal we were in a hole. We have been here before. The brand new pair were Takady and Paul and our innings now rest on them. With Koolhof rested the pair set about wresting the momentum away from the Wombats. Takady took time to look. Paul, tested first ball, then took 4 on the hook. In fact runs started to flow at a fair clip. Between stout defense, Takady stroked a sublime straight drive all along the ground for 4. And backed it up with another through cover. Twos were found with pleasing regularity and PG launched a 4 straight back over the bowler. Takady then slapped a huge six over the longest square boundary. From 4-27 in the 11th they moved us comfortably on to 74 in the 18th before against the flow PG sent a big nick through to the ‘keeper. Here the wheels well and truly fell off as we lost 6 for 12….

A rather uncharacteristically rash Takady swipe left us 6-77 and after that, apart from some speculative hoicks from Viv, no other batsman troubled the scorers (KB and Koji) with many balls faced or runs made. It was meek and at times unnecessary. Sharks 10-86. This would not get us very bloody far. 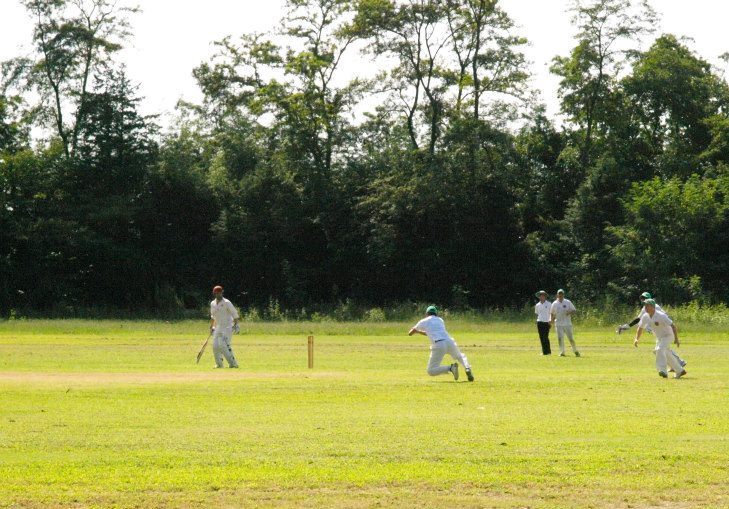 PG urged everyone to put in and that certain early wickets would change the complexion of the game. Viv’s accuracy was backed up by Adit’s breakthrough, the ball catching Patmore’s thick edge to Navin in the gully. Some way into the revival Hitchman tweaked something to retire hurt and then our cause was helped by Viv catching Chula plum in front. With these two key bats gone and one winged at 2-26 we were in with a chance.

But their middle order did what we could not – survive and noodle runs. The occasional boundary came but runs were also eked out by successive Wombats. Paul kept whizzing them by and Takady’s twirlers were again a nightmare for the Wombats. Takady started making inroads in his third over knocking back stumps. After Eyes had clocked PG for two 4s to fine leg Takady also sent him in that direction LBW. Viv returned and put the brakes on and Takady added another bowled scalp. At 20-over drinks and 5-67 it was slightly in favour of the Wombats.

But soon after resumption Viv removed the stubborn Payne and Wombats were 6(7)-66. The momentum shift was palatable on and off the field. The Sharks were back in this big time. McKay, though, was starting to hit out and a couple of certain chances to take another wicket went begging and it was to hurt us. Injured Hitchman was ready to go again. A magnificent full-length driving stop by Sumon at square leg and return to Asala caught the desperate batsman Yusri short to make it 7-73! With Takady still bowling both sides could imagine another spectacular turn-around. Unfortunately there was to be no repeat miracle and the remaining runs were found or clobbered. Wombats went on to win by 3 wickets.

Even with an over to go it felt like we could win it, such was our believe. Takady again was always a chance and Viv was unlucky not to get early wickets. Our missing personnel obviously hurt, but we folded with the bat far too easily. Churchill said, “Nourish your hopes, but do not overlook realities.” We always had hope but the reality was we did not but enough bloody runs up, and not only in this game. Anyway, congratulations to the Wombats for the win. It’s been a great tussle between these two sides this season.
This ends our hope of a crack at our second JCL title and a grand slam for 2015 well as. It hurt because we were in with a chance. Old Winston also said, “For defeat there is only one answer … victory.” We have the chance to redeem ourselves in the coming weeks.