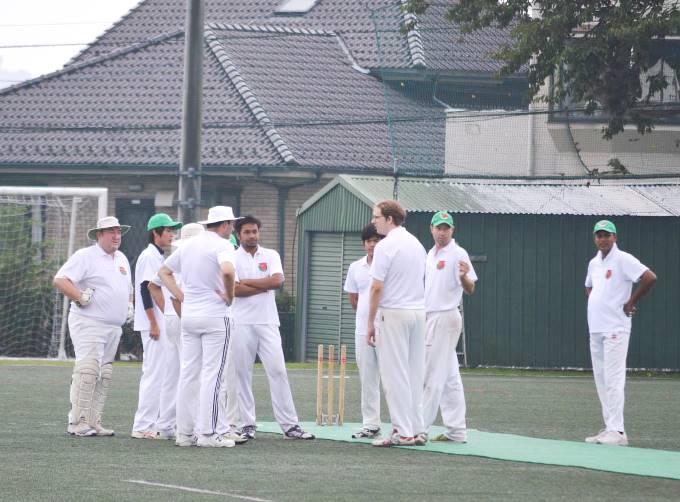 A rainy day greeted a Sharks outfit ready to defend and take home the South Kanto Crown and thus qualify for the national T20 tournament in October. Droplets were already falling when the team train arrived and the field was noticeably wet but not overly slippery. After some consultation in front of the captain’s lodge (read: sports bar) Captain Dhugal and VC Thurgate decided that bowling was the preferable of the two options before Dhugal dutifully attended and lost the toss allowing us to bowl.

Although smarting from the previous day’s spanking, spirits were high in the Chiba camp as now only a win would guarantee qualification to the Japan Cup finals and the team had been in good nick in the cup.

Bowling
The red was tossed to Viv to open up the innings, but due to the slick nature of foot on pitch, the ferocity was dialled down but the accuracy remained. Scott was then called into the attack for a rare appearance with a new ball. Focussed and determined, Scott ran in for his first delivery, gallant strides one after the other all in preparation for the perfect release. His foot landed on the plastic pitch, but alas there was no traction to be found and the rangy bowler’s first ball was chalked off as a dead delivery. Expert advice from bowling partner Vivek in consultation with Molloy suggested a slower approach. With that, Scott delivered a corker of a delivery with his first valid ball that knocked the top of off stump sending the Sharks into raptures. The first wicket of the innings with the first ball from the Australian ace. 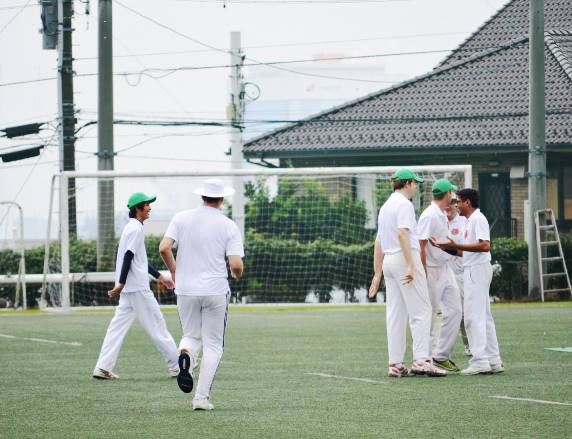 This set the tone for the game as the skiddier deliveries appeared to be giving the batsman the most trouble. It was the Captain that would toss the ball to himself that would make the next breakthrough with no nonsense off-stump line bowling. No doubt inspired by his compatriot who started the trend, the burly Victorian ripped through the Alpha Q order taking 4 wickets. Credit must also go to Shakriya whose superb catch contributed to the captain’s wickets. An outstretched one handed catch, falling slightly behind the Nepalese magician sealed the fate of his opponent. It was not the only catch to be taken, as Shakriya claimed another off Vicky’s bowling with Molloy also claiming one for Dhugal.

Vicky and Chris Molloy found themselves with the red in hand and both took to their task with aplomb as well. Vicky ripping out the stumps on two occasions plus inspiring the aforementioned catch while Molloy’s mystifying leg-spinners trapped one in front and took the stumps of another to finish the innings. The bowlers did nothing special but put the ball in the right areas. Five sets of stumps skittled in the process is testament to that. The Alpha boys never got a handle on the pitch conditions and capitulated for 63 runs off 13 overs. 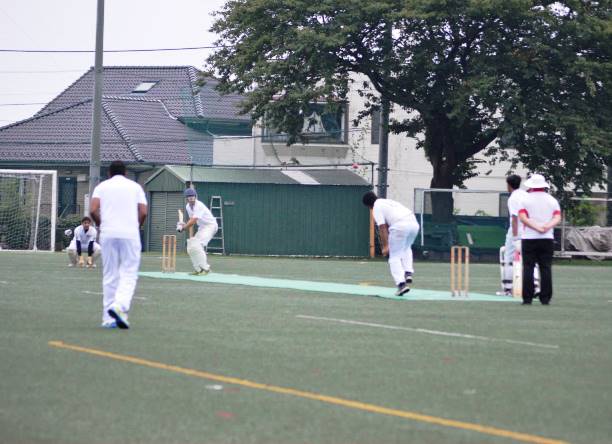 ull credit also to all the fielders as well who kept the runs to a minimum. Yu in particularly showed his speed running rampant across the field whenever the ball came near to him. The same must be said for the ever reliable Sankar as well who despite not bowling was an energetic presence in the field. Mairaj as well with his experience showed great awareness when called upon and served the team well. Special mention for Khartik as well whose presence over the boundary this season has been a great addition to team chemistry.

Batting
The batting innings came 15 minutes after the Sharks routed the Alpha lineup. Set the target of 64 to win, Dhugal and Vicky went out to bat to get the runs quickly and finish the game. It was, however, the unfortunate fate of the latter that he could not see the inning out as a skied ball fell into waiting mitts as the score stood at 17. Vivek was then sent out as his replacement not long before rain stopped play. With Dhugal keen to continue and the Alpha Q team clearly not, the team came off for a short break until the rain died down. 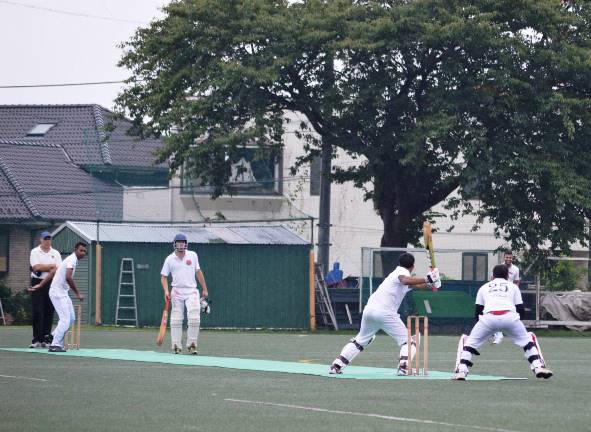 Five minutes later the umpires resumed play, clearly wanting to see a result and Dhugal and Vivek went out the middle once more to try and finish of the innings. There was some controversy to be had as the Alpha Q bowlers attempting to run in at full pelt found their derrieres on the ground as the water lying on the pitch caused some vertical dysfunction. After some intense discussion and another failed attempt and bowling too fast for the conditions, the bowlers eventually found their heads, shortened the run-ups and bowled without falling over. This only encouraged domination from Dhugal and Viv as boundaries came thick and fast including a very agricultural innings from Viv.

A cross-bat slap over mid-off was the highlight with some conjecturing, if it were an agricultural innings, surely that would be a mow through mid-off. Either way with only one wicket lost, the Sharks steered home for a comprehensive win. Viv’s rapid innings of 29 off 14 balls was the highlight of entertainment and Dhugal’s cameo of 16 off 12 balls was much needed on the way to victory.

Many expected, given the resistance encountered in the last (abandoned) game with Alpha Q, this to be a hard game, but luck was perhaps on our side as we were able to run through the opposition very easily and put on the runs required in a mere 6 overs. The national championship in Sano awaits us in October with the hope we can make the Japan Cup our own this year. The South Kanto Title allowed a great diversity of players to be involved and it was great to end it with a win. 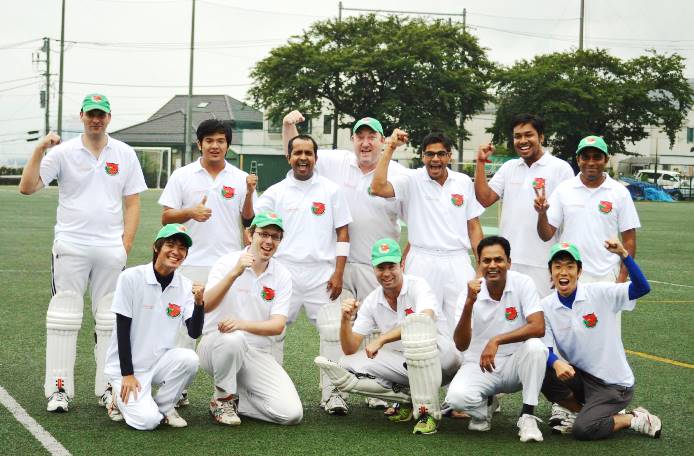