A hot day at the YC&AC brought out the Sharks and the British Embassy for the last T20 game of the round-robin section of the Japan Cup. Essentially a dead rubber for both sides, the Sharks looked to put on a good show of form leading into the semi-finals against Engineers. Captaincy and wicket-keeping duties fell upon the ever-reliable shoulders of seasoned Shark veteran, Kris, who emphasized the desire to put on some heavy runs and then let various bowlers run amok through the Embassy. 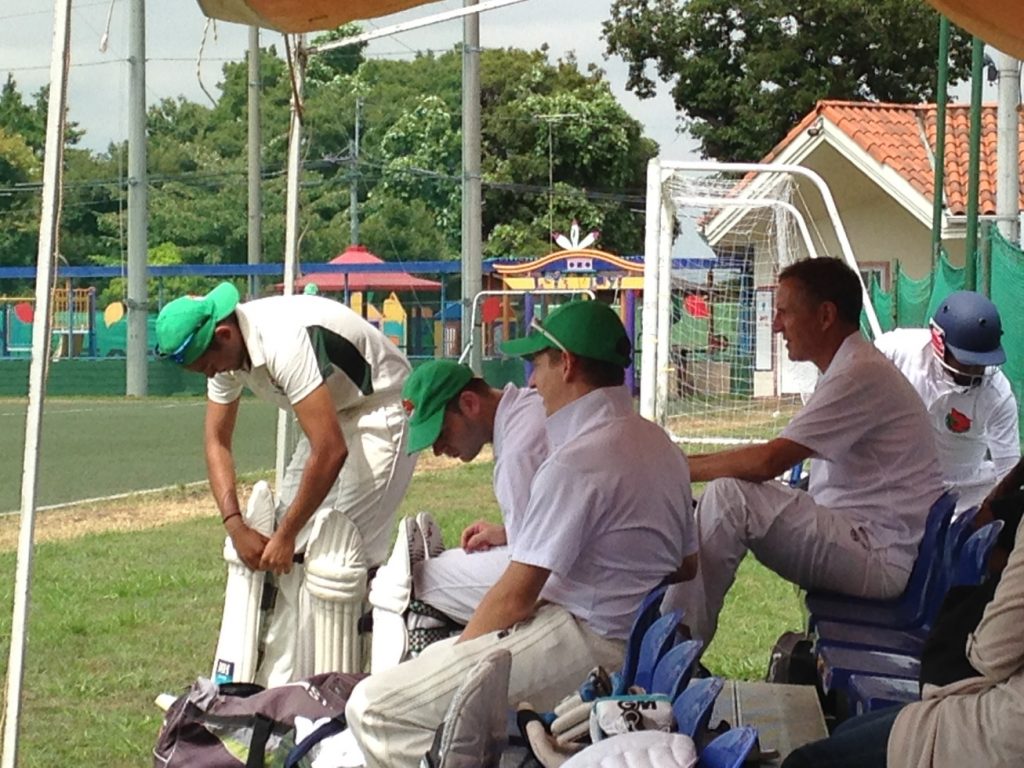 Winning the toss and electing to bat first, Kris sent out young Navin, fresh from a county stint overseas, and all round 2015 surprise packet, Sankar, to take on the opening offerings from the Embassy attack. Nav took some time to get off the mark, initially happy to push singles, but Sankar took to the Embassy attack with gusto, hitting boundaries within his first six balls.

Spurred on by the veracious tenacity of the Indian opener, StatNav opened his shoulders playing some lovely, technically superb, drives. The opening stand of however was not to last as Nav had his stumps knocked over for 18. A tidy innings coming to an end, but it was only the beginning of the pain for the diplomatic corp.

The fall of wicket brought in-form fire-brand, Paul, to the crease. With determination in abounds, the Victorian put down the pedal with Sankar before the latter fell. A 66-run partnership was nothing to sniff at as the runs kept flowing.

Chris Molloy was brought to the crease to build on his increasingly high stocks as a batsman but a skied ball to mid-off saw the Kiwi menace on his bike for 5 runs. With overs running out, vice-captain for the day Vicky (36) joined Paul at the crease where the pair filleted, battered and deep-fried the Embassy attack (we know what that it like). Vicky was unlucky to fall toward the very end of the innings, but a small cameo from Viv and more of the same from Paul (63*) ensured a monster total of 200, reached on the last ball.

It was largely thanks the masterful stroke play of Paul, Sankar and Vicky that got us to the total and big wraps should be given to the trio for their performances. 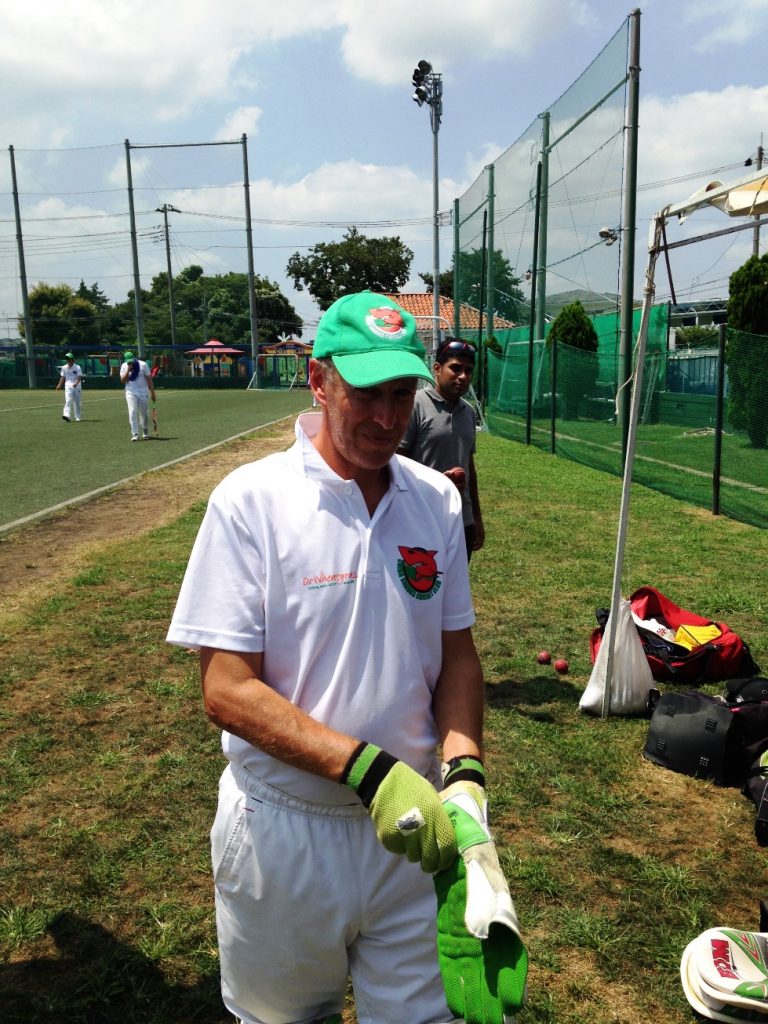 Bowling
The Sharks came out for the fielding innings with purpose and whimsy as a solid total on the board meant the team could enjoy their cricket. Captain Bayne set out a bowling order to give as much of a go as possible to the less tried options in the team with Paul and Vicky, the tried and tested, in reserve just in case the game started getting away.

Scott and Chris Molloy started with the red and after a wonky start, the first wicket came after a skied ball was gobbled up by a back-peddling Anton at mid-on. Molloy also chipped in a wicket with his wicked leg-spin with a good catch from Viv. A dropped chance in Scott’s second over gave the Embassy clerks a bit of slack, but it wasn’t to be capitalised on.

Viv and Sankar joined the attack and despite the former’s titanic efforts, he was unlucky to only claim one scalp. Viv has been going from strength to strength this season and is truly becoming a dangerous and reliable pace bowler.

Sankar however would be the one to cash in with two wickets in the middle order, trapping both in front of their stumps. The highlight in the field surely however has to go to the lightning reflexes of Paul who effortlessly picked up the ball and threw down the stumps on an angle, finding his man short of home. Vicky’s later effort was not far behind, returning for deepish leg to demolish the stumps on the full. 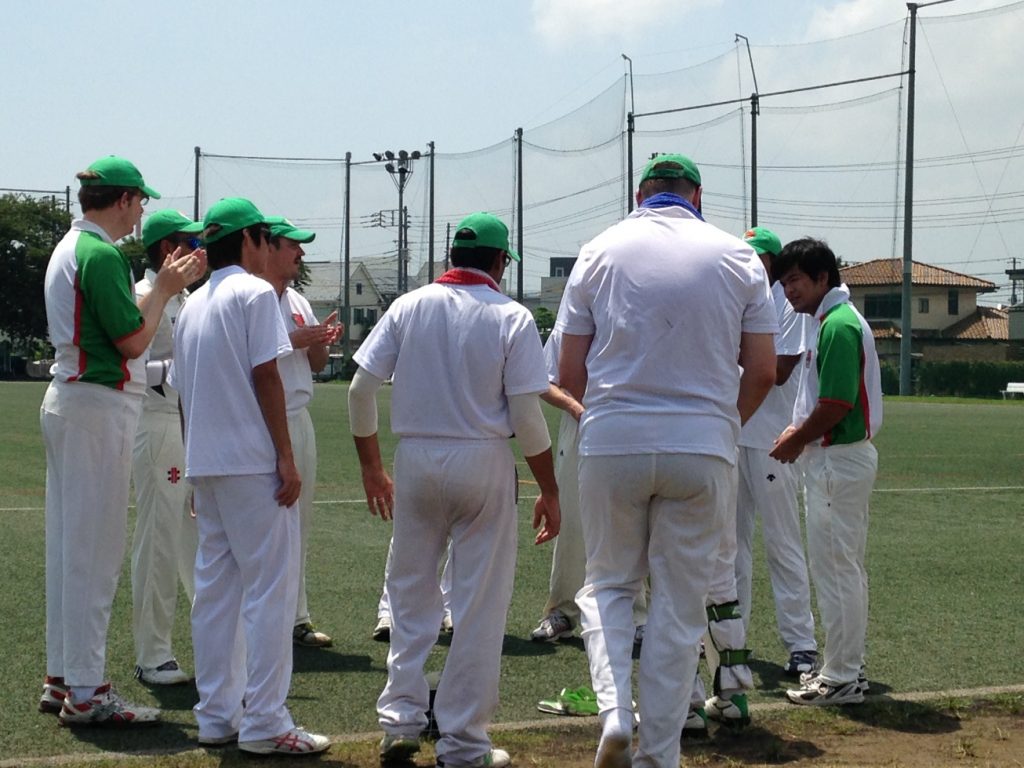 Anton and Yu picked up the red as well, with Yu showing some good signs despite some wayward deliveries. The young Japanese quick continually troubled the Embassy batsman. If he can find his radar (and have a better ‘keeper) a bit more consistently, he will be in for a great career with the Sharks.

It was Anton, however, that would pick up a wicket, trapping another, now slightly disgruntled batsman LBW. With time pressing and the bar beckoning, KB pushed the failsafe and tossed the ball to Vicky. A 3/4 pace maiden of accuracy was followed by full pace double wicked maiden of destruction.

Shakriya came on to clean up the innings with Sankar taking a neat catch at point. All the bowlers played their part and rolled the Embassy 97 short for 103.

A good team effort to produce a solid win. It didn’t mean anything but we played to our strengths and showed off some good cricket. A big thanks to our supporters in the stands with Ian showing up to take care of the scoring as well as Karthik and Paul’s partner, Seiko for cheering us on Big thanks Paul for umpiring the next game!!.

The win made the beer and falafel taste all the better at the end of the game. And the banter is always fun. A good win for a good team on a good day. Up the Sharks!