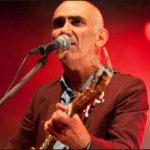 Aussie legend and known cricket ‘tragic’ Paul Kelly sang:
I’m high on the hill / Looking over the bridge / To the MCG.
And way up on high / The clock on the silo / Says 11 degrees.

What would he have made of Sano…? 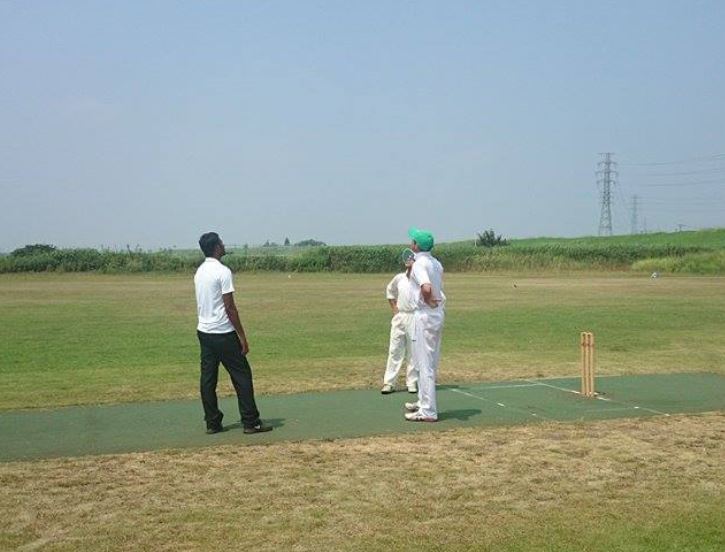 A whole new-look 1st XI sorted out transport and off we went. From the stunning Wombats game team only Dhugal (capt.), Paul, Vicky and KB remained, while into the team came Sankar, Sayeed, Murad, Sanjeewa, Shakriya (first game of the season), Navin (back from UK studies) and Apu (back in Shark colours after 8 years!). It was a team with many ‘unknown quantities’ but with enough solid all-rounders to cause us to be positive. The Sano 3 ground looked good, cut fairly short and rock hard from days of kiln-like conditions. Dhugal loss the toss and we were invited to field as the mercury ticked into the high 30s.

Bowling
Vicky and Paul kicked us off and though a bit wayward at the start they soon settled into a good rhythm. The field was chasing well and was well-aid by PF’s pedestrian running. Sanjeewa and Dhugal took second change with much the same result but went one better when the safe hands of Murad, wearing the gloves today, wrapped around a high top edge off Dhugal. 1-26 became 2-27 when a fine return from Sanjeewa to Murad caught the veteran Kamran short! Great return for our team efforts, but there we stalled for a time. Despite the dark blue pads of the almost moribund No. 4 taking a fearful pounding from all bowlers there he remained, while the No. 1 started to find better value for shots.

It was getting incredibly hot. Some suffered but heads did not drop and we encouraged each other. The other side of drinks we kept the pressure on. We expected PFs to come out swinging and while they latched on to some, the depth and quality of our bowling also got rewards. Shakriya backed up his good net reports by finally getting the umpire’s finger to go up on Mr. Blue Pads. 3-109. Dhugal immediately pinned danger man Uddika LBW. 4-111. Sankar then enticed a false shot from the tiring opener and Sanjeewa moved to nervously take a high ball in the deep. 5-125. The return of Vicky demolished Minhindu. 6-125 and feeling much better if one could in easily over 40 degrees. No. 6 came out hoicking and connected until KB enjoyed a nice patch of overs and went through him in a wicket-maiden. 7-145. Some of us were clearly distressed but we had to lift or the fresh PF bats would cash in.

The field was magnificent and opening bowlers Vicky and Paul came to the fore. Dhugal on the rope at long on judged a catch to perfection off Vicky and Paul trapped one LBW. The final wicket, to the credit of the team, was another run-out from a great piece of work by Shakriya. The last three wickets fell for 1 run.
Considering the conditions we did an amazing job to limit them to 161 in just under 40 overs. Boundaries were hard to come by. We again picked up good run-outs. Each bowler put in and the field backed them up. Remove the opener (70) (we wished we had) and a bit more LBW luck with the No. 4 who batted 58 balls for 19 and we’d have had them on toast. Once we cracked that partnership we went through them quite quickly. 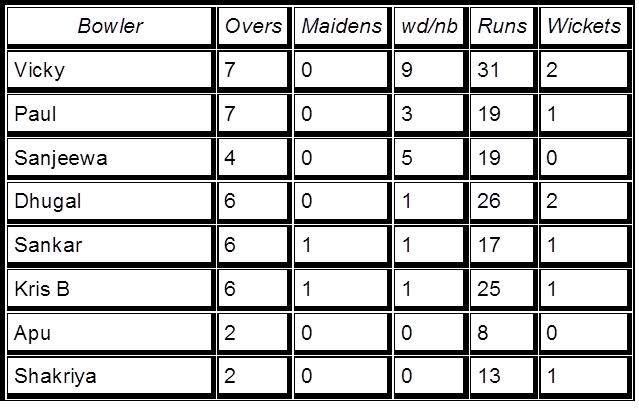 We were totally knackered (Sanjeewa was basically out of it, and my mind went back to similar inhuman conditions against PF a few years ago) but this total was very gettable, and also it was with some grim satisfaction we looked forward to PF having a trot around in the heat.

Batting
Things can go down hill pretty fast. One thing that did was our top order. The other was the temperature. Paul opened with Sankar to PF bowling very good lines with good pace. Sankar fell in the first of four consecutive catches to the ‘keeper, all of them different but all of them out. To make matters worse the wind swung completely around and the temperature dropped appreciably – it was actually cool! 3-10 was not cool, however, and the Shark tent, in various states of semi-nudity against the heat, scrambled to find various batting paraphernalia.

Paul was joined by Murad and they proceeded to lock down and survive, taking sensible ones and a 4 each until PG became Caught Behind number four. 4-32 and it was very, very bleak as rumbling storm clouds built up around the area. Vicky had a bit of a different gleam in his eye as he paired up with Murad. The latter kept the ball out and added singles, looking very comfortable. Vicky, too, played sensibly but could still reel off a set of three boundaries down the ground. They pushed up to 68 before both fell to catches they would probably regret, with Apu, in his first bat for some years, soon following likewise. Suddenly 7-70… KB eventually made it out to the middle to join Sayeed.

In contrast to past years, 2015 had seen some quite good and sometimes match-winning efforts from the Shark tail. Here, almost, was another.
While Sayeed played as Sayeed does – with an eye to score – KB decided to not go anywhere for the mo’. Sayeed banged in 2s and 1s and a few lusty 4s while KB annoyed the crap out of PF with 19 dots on the go, with solid defence and good ‘leaves’, milking the wides along the way. They put on 26 before Sayeed undid himself. Sanjeewa at this point was comatose and so it looked as if Shakriya, who joined KB, would be our last batsman. KB started to tickle it about and to everyone’s surprise, especially PF, Shakriya found the rope. A number of times. They set modest targets. They got them. They saw off the return of the marauding opening bowlers. Into the 120s with some overs left and PF started to get a bit nervous. They had to bowl their lesser bowlers and it could get very interesting. Sadly, a negative response saw KB run-out. They had put on 28. Sanjeewa, revived somewhat by this time, came in but in the end, the end came. 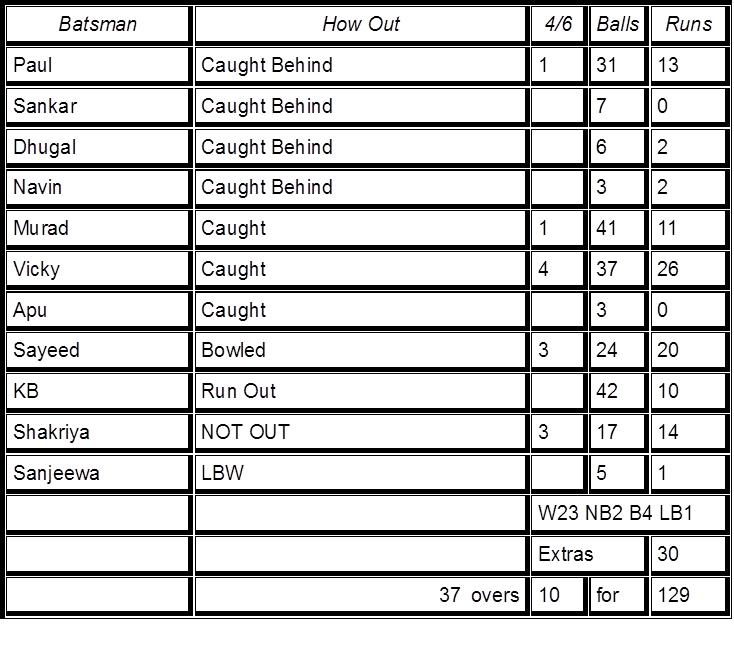 You could call it an honourable loss, but it was one that could have been a lot worse. Weather may have played a part, but when you lose your best 3 for 10 and most for 70 it is a long way back. But we did claw back part of the way admirably. We were exceptional in the field in extremely trying conditions and we can hold our heads high there. The tail certainly did not throw their wickets away meekly. With ball and bat people stepped up and added to the already interesting and varied 2015 season the Sharks are having.