After a nail-biting victory in the previous week, Sharks were thirsty for more as they went up against Paddy Folleys. The opponents seemed to have the infamous, Prashant (a former shark).

It was quite a cloudy day in Tanuma where the match was scheduled to be held, perfect for cricket. Prior to the game, there was a kid’s festival on the ground and the Paddys where already at the nets practicing for the game. The Sharks arriving a little early to the ground, decided to have a go at the nets. After a few more fielding and catching drills, it was time for the toss.

Initially Takady wanted to bat first, have some runs on the board and defend it comfortably. Takady miraculously won the toss in the Sharks uniform and decided to bat first.

After receiving instructions from Takady about the run rate and what the score should look like after a few overs, Muneeb and Kav went to the middle. Muneeb picked up a shorter ball and sent it on its way to the boundary for a maximum. A few balls later, the second bowler got one through Muneeb’s defenses and took his middle-stump off. Kav followed shortly after with a questionable LBW with the score at 22 all thanks to the fountain of wides given by the Paddys bowlers. Marcus was the next in to bat with the skipper himself. The pair seemed to take their time and get used to the ball. Unfortunately, Takady gets caught by none other than Prashant. Pav, the man in form, comes to the crease. Shortly after, Marcus follows Takady for a duck playing a half-cut shot to covers leaving the score frozen at 22. Nav is the new man in. Sharks required a solid performance from the left-hand, right-hand combo. The scoreboard operator finally needed move his hands as the pair started to rotate the strike.

Nav mistimes a drive and top-edges it into the air. The catch was hard but the fielder somehow managed to pluck the ball as it was falling behind him. Score: 39. Sumon in. Pav and Sumon seemed to get their eye in swiftly but Sumon lets one through his defenses and gets bowled for a duck leaving the score at 45-7. Rui was the new man in. Pav was still striking the ball well and staying at the middle, which is what Sharks needed. Rui did not stay for long and got out for a duck after facing one ball. The score was at 45-8. Tomi was the new man in. Just when the team was losing hope, Tomi puts away his first ball for an inspiring boundary. Pav and Tomi were now rotating the scoreboard. Pav was showing his intent by hitting a boundary. Tomi departs after hitting a boundary for 9 runs. Apart from Pav, Tomi hit the highest score…. for now. 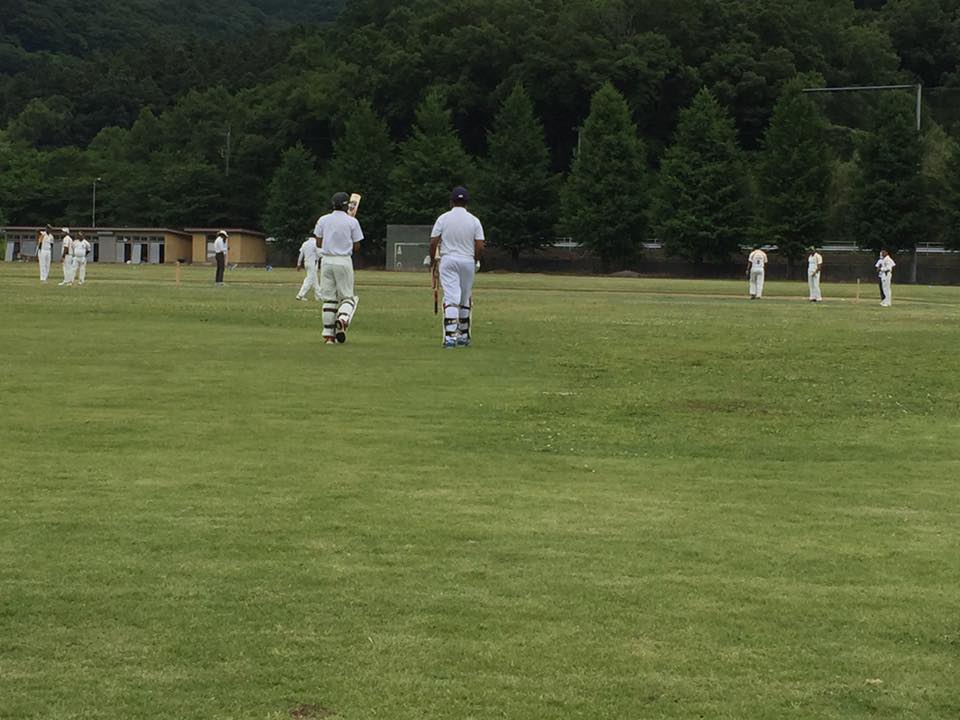 After demotivating himself thoroughly, Adit went to the middle. Pav was looking solid while batting. However, after scoring a few boundaries and contributing massively to the scoreboard he gets out at 20, bowled by a yorker, which he was trying to put away. The Sharks at the pavilion ran out of fingernails to chew, as Krishna was the new man in. The score was not looking good at 72-9. A huge partnership was required by the last pair for a defendable score. Krishna is known to be a dependable number 11 and this time, he did not disappoint! The bowler takes his run-up…Krishna to face….Sharks at the pavilion covering their eyes….FOUR! Krishna plays a fabulous cover-drive through point for a boundary! The pavilion were invigorated! Krishna has to be the most undisturbed batsman in the world! While Adit was looking excellent at the other end, Krishna did not lose to him in style. The two seemed to have endless time to score as much as they want to as the Paddys bowlers seemed to be giving them minimal trouble. Every time Krishna scored a run or a boundary, the crowd went crazy! Although he is at no.11 and him getting out will bring the Sharks innings to an end, Krishna was calm. So calm that he just walks in while completing a run. The score was increasing and Sharks were reaching a defendable total. With fine style, Adit brought up his 50. There were plenty of cheers from the pavilion. Like all good things, this had to come to an end when Krishna got run out at 25, Adit undefeated at 50.

The overall team batting performance was unsatisfactory but the last man partnership saw Sharks at a score of 149. This is defendable with the menacing bowling line-up we had for the day. 149 to defend. 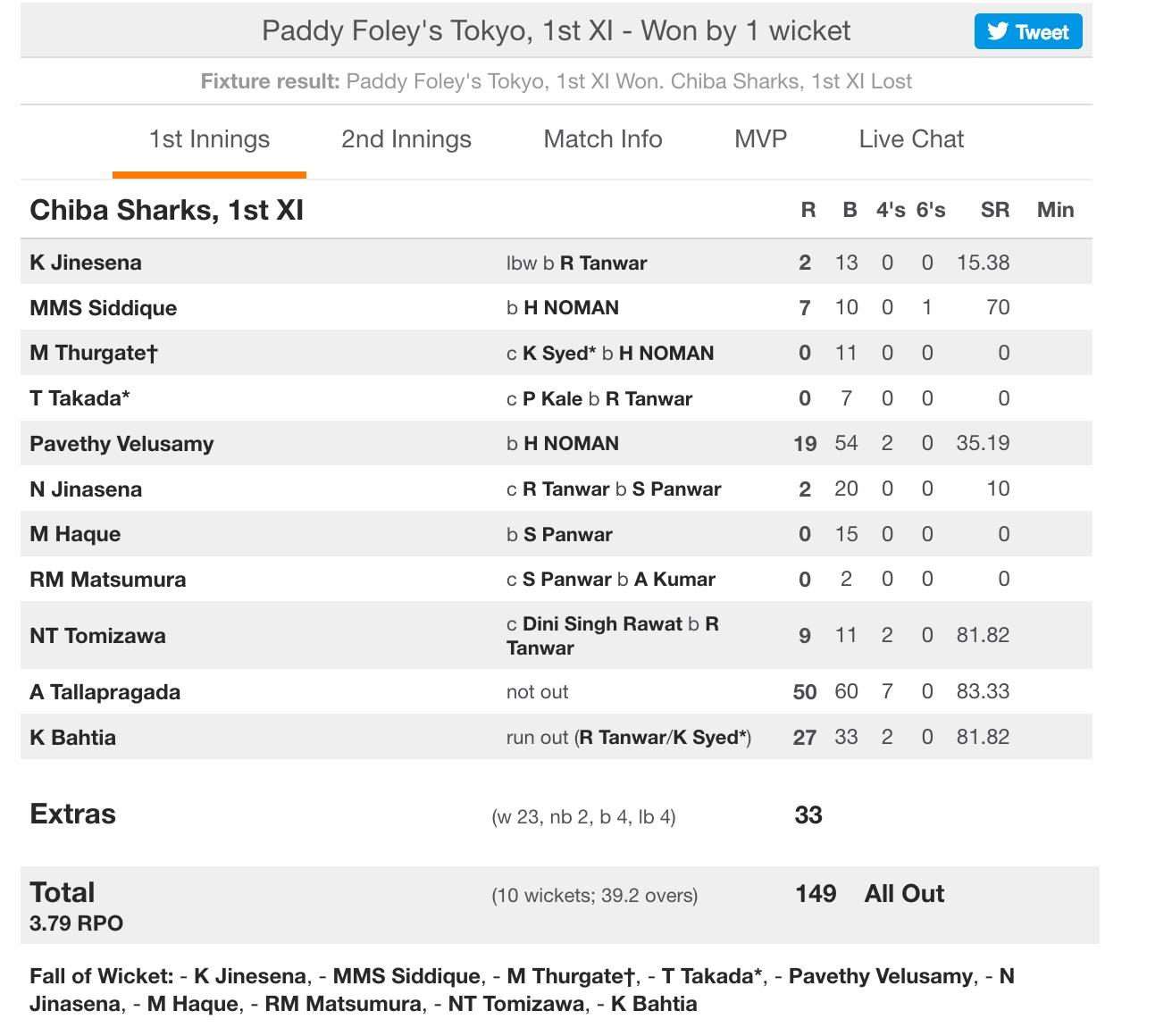 Rui and Adit were the opening bowlers. Rui gave 4 runs in his first over while Adit gave 3 runs from his over. Rui brought absolute carnage on his second over obtaining a wicket-maiden. Adit shortly followed with a wicket of his own in his 3rd over. First change bowler, Krishna bowled magnificently. He got a wicket-maiden in his first over, 1 run in his second (which was a wide) and another maiden! Takady went for a few runs but had a few victories with his flight and variation. He also took a wicket in his 3rd over which landed Paddys at 86-5. A bit of talk from the Sharks saw Prashant going back to the pavilion after miscuing a sweep shot to fine leg. A few words were exchanged between Prashant and Nav who told Krishna to give Prashant some batting tips. Hilarious.

Pav and Muneeb made sure that runs were not leaking and gave the Paddys batsmen a hard time. Pav got a wicket in his first over courtesy of Marcus. The batsman out was Sachin which put the score at 111 for 8. Victory was in sight for the Sharks. The number 10 batsman stayed for a while until Adit got him out. 123-9. The Sharks were as determined as ever to get this last wicket. The sun was setting and it was getting dark which meant that it was harder to see the ball. While the conditions were favorable for the Sharks, by enormous luck, the number 11 sticks around till the end. While Sharks were applying tremendous pressure for the batsmen, many failed opportunities for run outs, catches and stumpings, the Paddys gets one up on the Sharks. 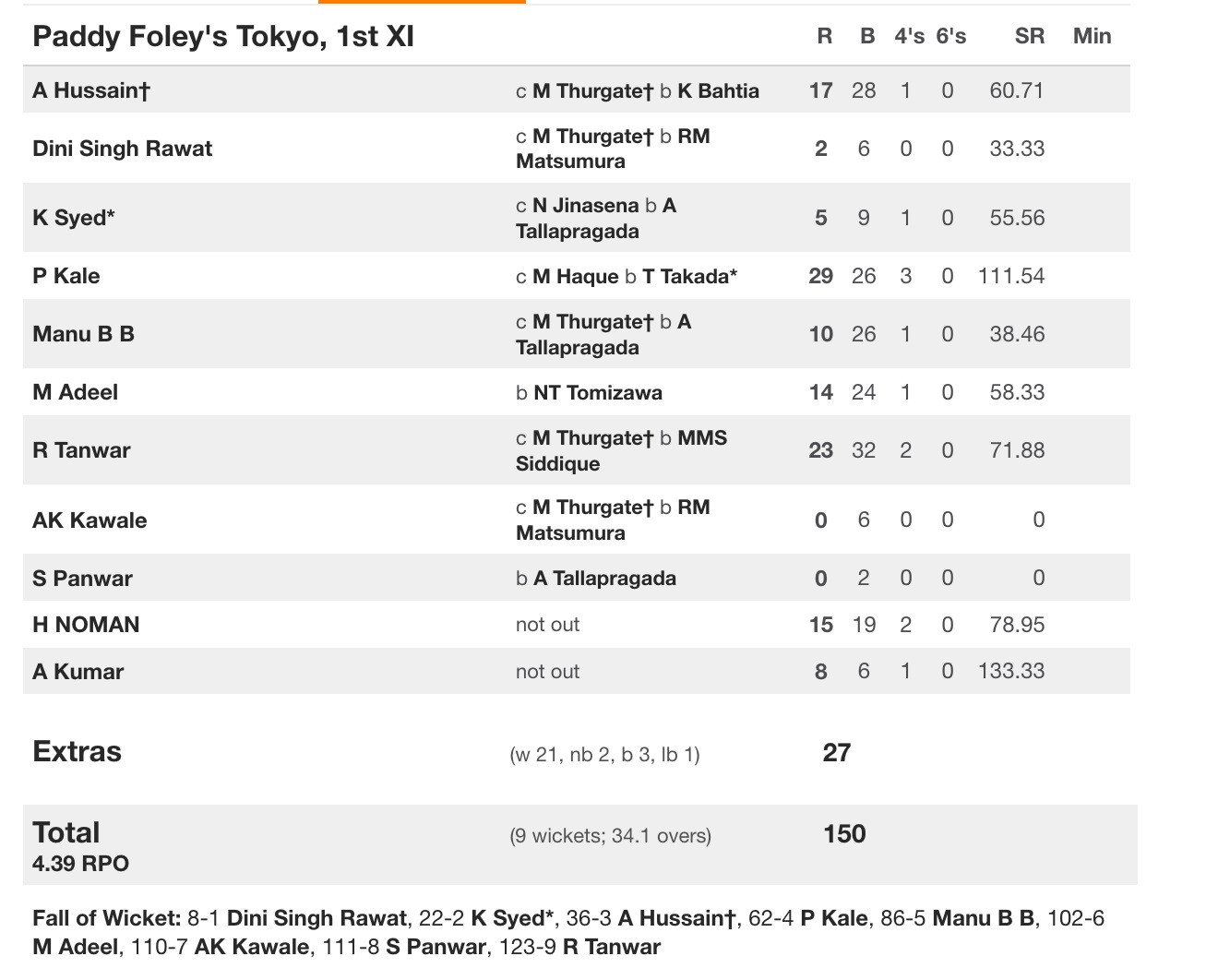 Overall it was a great bowling and fielding effort. The problem lies in the Sharks batting lineup, which needs to be worked on. Another notable performance was Marcus’s 5 catches highlighting one right between his crotches. A great performance from him with the gloves. Not a single drop.